Again, Fulani Herdsmen Rape A Woman After Destroying Her… 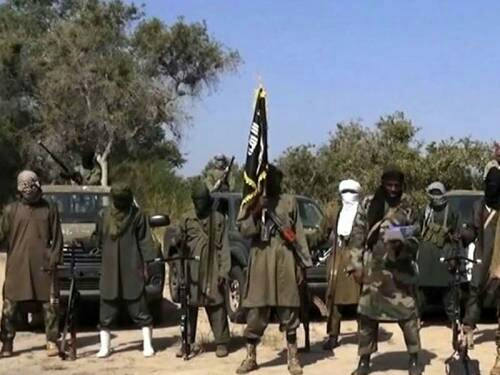 A local official who was not authorised to speak to the press said many houses were burnt down, including the military base and a United Nations hub.

Suspected Boko haram terrorists on Monday have killed at least 10 civilians and set many houses ablaze in Rann, Borno State.

The attack started at about 6:20pm when the terrorists stormed Rann, the headquarters of Kala-Balge Local Government Area, for about two hours.

The source said many civilians were killed.

“We just received the news about 6:30pm and when we called back at 9pm, the attackers had razed down many houses, while scores were killed in the crossfire,” he said. “There was confusion in Rann; sporadic shooting was going on.”

SaharaNews then confirmed on Tuesday that Boko Haram displaced the troops, who later received reinforcement from Ngala to snatch momentum from the insurgents.

A local official who was not authorised to speak to the press said many houses were burnt down, including the military base and a United Nations hub.

“They killed at least 10 people while many sustained various injures; many civilians had to flee to Ngala town. They set ablaze many houses, including government-owned structures and United Nations hub station in Rann,” he said.

“The troops withdrew last night but reinforced this morning to claim the town back. The terrorists had left the town this morning before the reinforcement came from Ngala Local Government headquarters. Troops are in control of Rann now.”

Rann has been attackd a few times in the last one year, with one of such prompting the United Nations to withdraw its staff from the place.

BREAKING: Buhari Convenes Extraordinarily FEC Meeting, No Reason was Given For The Meeting