“Please Don’t handcuff me in public” –…

BREAKING: 14-Year-Old Boy Offers To Sell His Kidney To Pay His School Fees 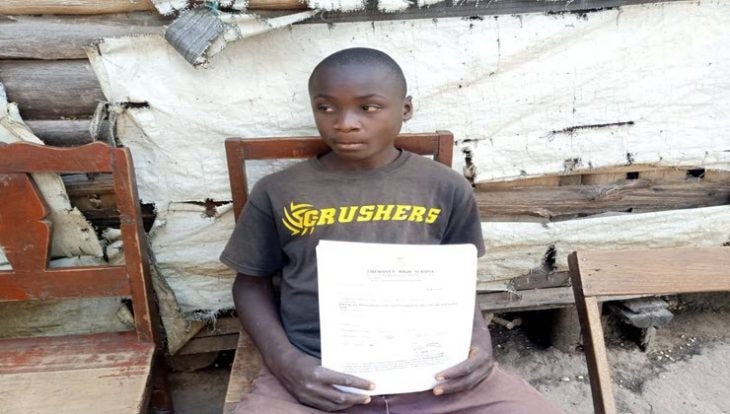 SAHARANEWS – Following unavailability of funds to process his admission, a 14-year-old boy identified as Isaiah Wanjala has expressed his readiness to sell his kidney to fund his secondary shool education.

Wanjala who hails from Gidea village in Kwanza Constituency, Trans Nzoia county of Kenya reportedly got admitted to Chewoiyet Boys High School after he scored 394 in 2019 Kenya Certificate of Primary Education examinations.

WITHIN NIGERIA learnt that Wanjala has not been able to raise Sh50,000 required to join the national school based in West Pokot County.

According to reports, Wanjala is the fifth child in the family of nine children and disclosed that he is ready to sell one of his kidneys as long as it will raise enough money to take care of his high school and university education.

Wanjala said; “My aged parents are not in a position to raise my school fees as well as provide the basic needs for my younger brothers and sister.”

The boy’s aged parents, Rose Andisi and Fred Wanyonyi who have tried dissuading their son from going ahead with the decision that has given them sleepless night, appealed to good-hearted individuals to help their son achieve his dream of becoming an engineer.

The Parents said; “As a family, we are worried by his decision. We have tried to persuade him otherwise but he is adamant and determined to join his dream school.”

It was learnt that Wanjala resolved to sell his kidney after the Kenyan government notified parents and guardians of the deadline for form one admission.

BREAKING: (PHOTOS) Onitsha Residents Thrown Into Panic As Another Petrol Tanker Catches Fire In Densely populated Area Of The City