BREAKING: 6 Confirmed Dead And Over 600 Displaced As Flood Swept Away Jigawa Community 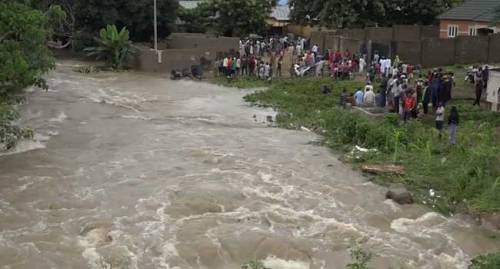 SAHARANEWS – No fewer than six persons have been killed during a heavy rainfall in Jigawa State.

This was made known on Tuesday by the Executive Secretary of the Jigawa State Emergency Management Agency, Mr Sani Yusuf.

According to the SEMA boss, four local govenrment areas were affected after downpour including Kirikasamma, Kafin Hausa, Guri, and Birninkudu.

He explained that one pregnant woman named Halima Manu and two of her children were among those killed after their mud house collapsed on them.

Yusuf added that a couple in Madici Village in Kirikasamma LGA were also killed while in Kafin Hausa LGA, another couple was affected.

He confirmed that the woman died while her husband was taken to a hospital for treatment, adding that a bridge collapsed and many houses were destroyed by flood in Gwaza Village under Birninkudu LGA.

Yusuf said the flood displaced at least 600 people, some of whom are taking refuge in schools in the state.

Deputy Governor of the state, Umar Namadi, promised the victims that they would get relief materials from the government during his visit.