BREAKING: Abubakar Shekau, Alongside Buhari And Few Others Listed Among The Most Powerful Muslims In The World 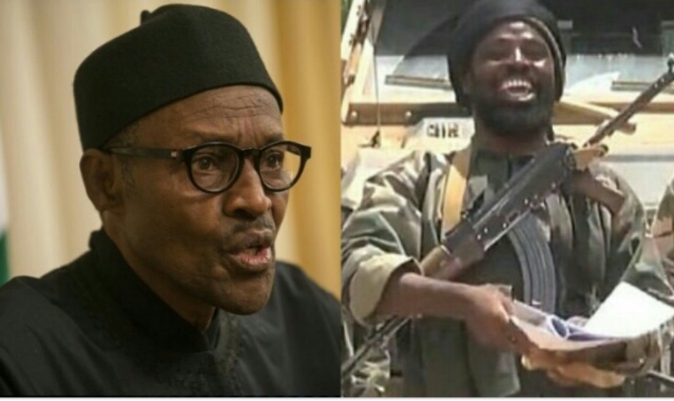 SAHARANEWS – In the fouth consecutive year, President Muhammadu Buhari, the Sultan of Sokoto, Muhammadu Saad Abubakar III, and the infamous Boko Haram leader, Abubakar Shekau, have been listed among the most powerful Muslims in the world.

This is contained in a Muslim publication, The Muslim500 in its 2020 edition, an annual compilation of the good, the bad, and the ugly in the Islamic world, which was obtained by SaharaReporters on Wednesday.

According to the publication released on the Muslim500 website, Buhari has achieved much progress in the areas of corruption, economy, and security in Nigeria.

President Buhari, who has always been accused by his critics of being a religious bigot, was described in glowing terms in the Muslim500 report.

The publication said of the president: “President Muhammadu Buhari won his second term as President of Nigeria in February 2019, beating his rival by more than three million votes.”

It noted further: “President Buhari began his military career at the Nigerian Military Training School of Kaduna in 1963. He was involved in military counter-coups in 1966 and 1975, and the coup of 1983 which overthrew the democratically-elected government and resulted in him being head of state for two years. During these years, he gained fame for his all-out war against corruption and indiscipline, a reputation he has since kept. In 1985 he was overthrown and kept in detention for three years.

“President Buhari ran as the main opposition candidate in the presidential elections of 2003, 2007 and 2011, all ending in defeat, before winning in 2015. His platform was built around his image as a staunch anti-corruption fighter and his reputation for honesty and incorruptibility. He is considered an icon by the Muslims of northern Nigeria, but enjoys nationwide respect due to his stance on corruption.”

ALSO READ:  EndSARS protests Shows that there is a leadership failure in the country — Okowa

Of Shekau, the publication said, “Shekau is the head of Boko Haram, a terrorist group in Nigeria that has carried out a number of atrocities. He speaks Hausa, Arabic, and English, and claims to have undergone theological training. He has appeared in videos posted online, most notably after the kidnapping of over 200 schoolgirls in April 2014.

“In March 2015, Boko Haram pledged allegiance to DA’ISH and stepped up their terror attacks, including a massacre of over 150 Muslims praying in mosques during Ramadan. In August 2016, DA’ISH appointed Abu Musab Al-Barnawi as the group’s new leader, but Shekau refused to recognize Barnawi’s authority. Unconfirmed reports of Shekau’s death are regularly disproved every few months.”

While commenting on the influence the Sultan wields in Nigeria, the Muslim500 report noted: “Amirul Mu’minin Sheikh as Sultan Muhammadu Sa’adu Abubakar III is the 20th Sultan of Sokoto. As Sultan of Sokoto, he is considered the spiritual leader of Nigeria’s 85.5 million Muslims, who account for roughly 50 percent of the nation’s population. Although the position of Sultan of Sokoto has become largely ceremonial, the holder is still a central figure for Nigerian Muslims.”

It added, “Abubakar holds important administrative influence in Nigerian religious life. Abubakar is the titular ruler of Sokoto in northern Nigeria and is also the head of the Nigerian National Supreme Council for Islamic Affairs.

“The leadership of this council means that the Sultan of Sokoto remains the only figure that can legitimately claim to speak on behalf of all Nigerian Muslims. This role has become increasingly influential over the years with a rise in interreligious tensions between Nigeria’s Muslim majority north and Christian-majority south.”

The latest report described Sanusi, the14th Fulani Emir of Kano, as the second-highest “Muslim authority in the land (the Sultan of Sokoto being the first)”.

“He is the former governor of the Central Bank of Nigeria (CBN) and a respected Islamic scholar who has won numerous awards. He has pointed out corruption in previous governments, pushed for an end to child marriage and been a target for Boko Haram,” said the publication.

“Has Anyone Noticed Joy On Buhari Buhari When Leaving The Country?” – Ezekwesili