UPDATE: One confirmed dead in rockets fired by Boko Haram… 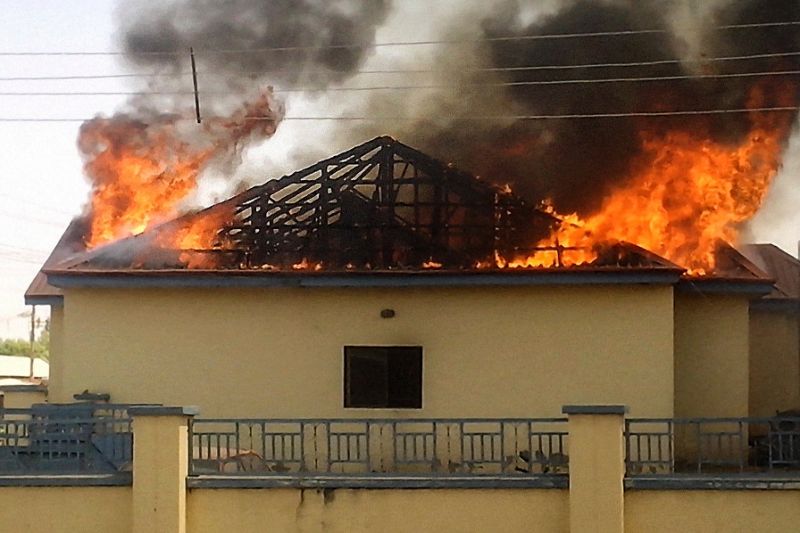 A resident of the village, Isah Bakari Yerima who fled into bush for his safety told correspndents via phone conversation that, “the insurgents came in and went straight to a military formation located in the village.

“There was a gun duel at the formation. We also saw a tick smoke from our hiding place.

“As I gathered, the insurgents also went to the village’s clinic and later on set the facility ablaze.

“The attack on the town has forced many locals into nearby bushes for safety. As I am talking to you, we are still in the nearby bushes, no one has dared to return to his house yet.”

Kukareta village, which is 25 kilometers away from Damaturu, the Yobe state capital has suffered series of attacks at the peak of Boko Haram insurgency.

As of the time of filing this report, there is no official statement from the military authority confirming the attack.

JUST IN: So Oshiomhole was in Imo just to insult me —Okorocha