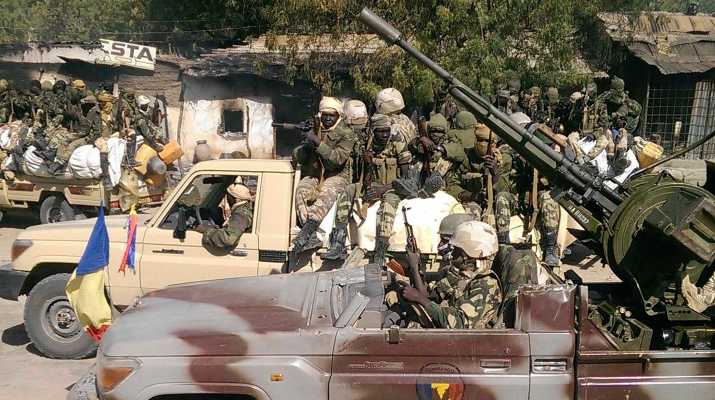 SAHARANEWS – The Chadian army has taken the war to the Nigerian Boko Haram insurgents, killing 100 of its members in Magumeri, a local government in the northern Borno, and setting Nigerian soldiers held captive free, local sources have told WAR.

Sources from the Lake Chad region who spoke to WAR on Sunday morning said the Chadian soldiers are hitting the Boko Haram insurgents hard and have vowed to destroy them completely in few days.

One of the sources said the insurgents are on the run while struggling for survival. He disclosed how Mr. Idriss Déby, the Chadian President is moving around with Helicopter ensuring that Boko Haram members are destroyed by the Country’s army force.

ALSO READ:  I'm disappointed Buhari lied to us that he will release Nnamdi Kanu — Ezeife

After the Chadian army lost over 92 of its soldiers to a Boko Haram ambush, Mr. Idriss Déby, the country president declared the Lake Chad borderlands a war zone.

Débytraveled to the region to announce the Wrath of Boma operation, named after the island where Boko Haram launched a seven-hour assault that Déby said was the worst the country’s military had ever suffered.