BREAKING: “If I Die And Go To Hell Fire, It Will Take… 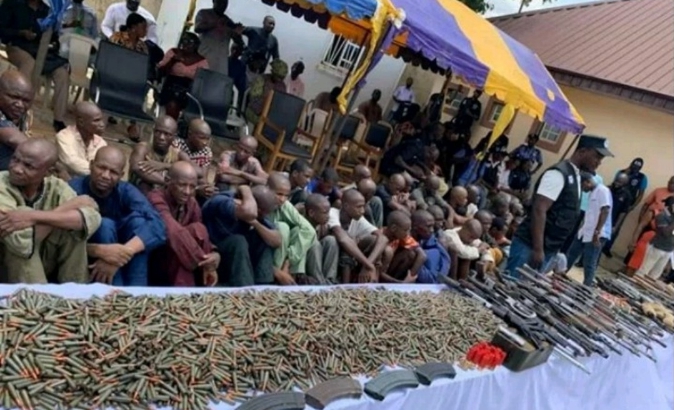 SAHARANEWS – The governor of Zamfara State, Bello Matawalle, has expressed resolve to free 100 suspected Fulani bandits from prison and grant them amnesty.

A statement by the governor’s spokesman, Zailani Bappa, said the suspects, who are in the gaol for offences connected to the banditry menace bedevilling the state, would be released before the week runs out.

According to Mr Bappa, this was disclosed by the governor when he received representatives of the Fulani community who are at the center of the peace process with their kith and kins in the the forest currently holding guns and abductees in the bush.

The governor lamented the status of the Fulani today, not only in Zamfara, but in the country at large where they are now termed as terrorists worse than Boko Haram.

He promised to work in line with his determination to save the Fulani from themselves and from the wrath of the larger society. “I am one of you and I know you are not terrorists. What is happening today has a cause and we are determined to address it with your cooperation,” the governor said.

As a measure of addressing the problem, Mr Matawalle said their North-West governors meeting held in Katsina last week had outlawed vigilante against banditry otherwise known as “Yan Sa Kai”.

Mrr Matawalle therefore called on all the Fulani in the state to disregard anyone who goes around telling them that the government was not sincere about the peace process.

“You can see now you are here not only in Gusau, but the Government House. Nobody will arrest you or harm you. Our aim is to have a lasting peace in our dear state,” the governor pointed out.

Earlier, the representatives of the Fulani who spoke through an elder, Baba Bello, commended the forthrightness of the governor and his proven honesty and commitment to the peace process.