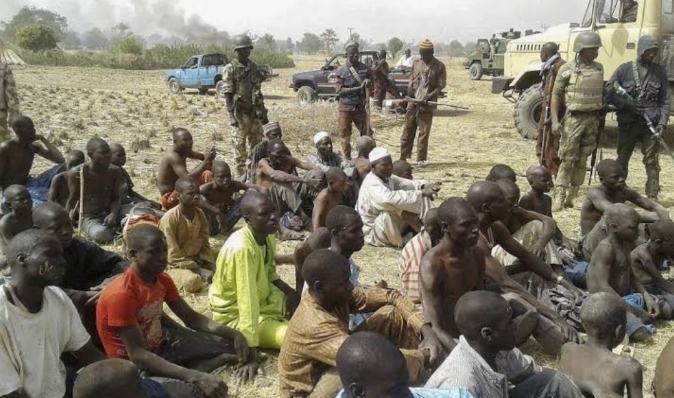 SAHARANEWS – No fewer than 287 former Boko Haram fighters have been admitted by the military into a rehabilitation programme under Operation Safe Corridor being run by the Defence Headquarters, Abuja, in Gombe State.

The acting Director, Defence Information, Col Onyema Nwachukwu, confirmed this to our correspondent on Friday. He said other repentant terrorists would be joining the operation “in two days’ time”.

Nwachukwu said the operation also handed over “151 rehabilitated clients to the Borno State Government for reintegration in July”.

According to the DHQ, the aim of the programme, which began in September 2015, is to “encourage willing and repentant Boko Haram terrorists to surrender and go through a structured deradicalisation process.”

The military spokesman told our correspondent that out of the 287 ex-fighters, 268, including two Chadians had been transferred to their states for reintegration after completing the programme.

Nwachukwu said, “Operation Safe Corridor is an operation led by the DHQ. It is a non-kinetic multi-agency humanitarian operation designed to deradicalise, rehabilitate and reintegrate the repentant Boko Haram members.

“On July 22, 2019, the operation also transferred 151 rehabilitated clients to the Borno State Government for reintegration. Between September and October 2019, we hosted delegations from Cameroon and Chad to study the models of the programme.

“In a couple of days, the programme would commence again for the new intakes.”

He said for security reasons, he could not state specifically the number of repentant Boko Haram entrants joining in two days’ time.