BREAKING: Akpabio Fingered In The Deadly Attacks On INEC Office In A’Ibom That Left Two Dead 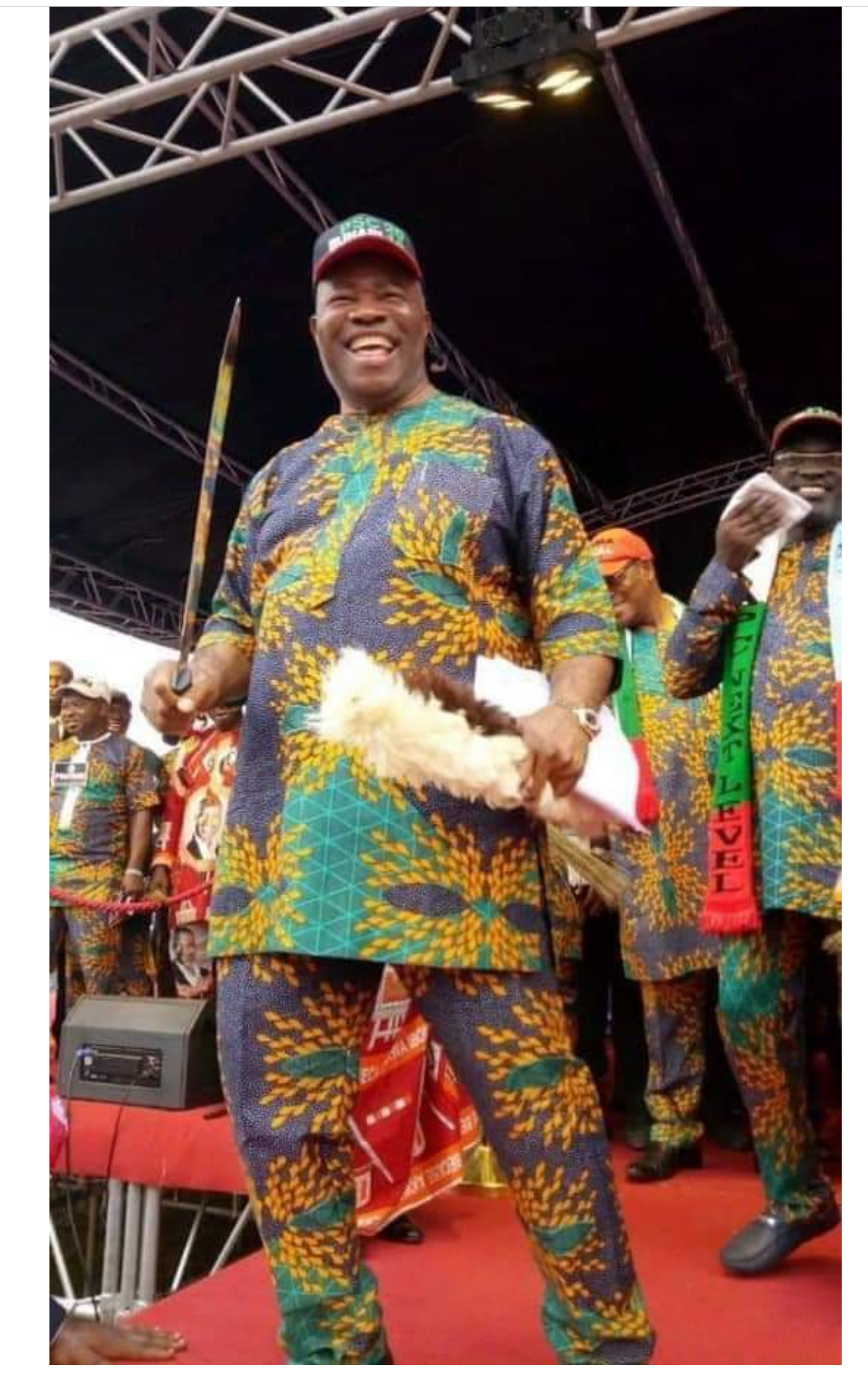 SAHARANEWS – Former Governor of Akwa Ibom State and Senate’s Minority Leader, Senator Godswill Akpabio, has been accused of being the mastermind behind the Saturday’s attack on the Akwa Ibom office of the Independent National Electoral Commission (INEC).

This is coming barely 24hours after the commission, on the wee hours of Saturday morning, postponed the February 16 and March 2 Presidential/National Assembly and Governorship/State House of Assembly elections across the country.

The incident which resulted in the burning of many vehicles was said to have occurred after some thugs invaded the office where party agents and supporters were waiting for the delivery of sensitive materials from Uyo, the Akwa Ibom State capital.

In a statement signed by the Director, Public Communications of the Divine Mandate Campaign Organization, Mr. Otuekong Emmanuel Ibiok, and made available to SaharaNews, he accused the All Progressives Congress (APC) of sponsoring thugs to truncate the smooth conduct of elections in the state.

He condemned the attack carried out on buses hired by INEC for electoral duties, and on some persons in Obot Akara local government area of the state.
The statement reads,

We wish to draw the attention of the international community, civil right agencies and the general public to the continuous resort to violence by the All Progressives Congress, APC in an apparent attempt to paint a crisis scenario in Akwa Ibom State.

Specifically, we condemn in strong terms, the attack carried out on buses hired by the Independent National Electoral Commission, INEC for electoral duties, and on some persons in Obot Akara local government area.

According to our findings, the ridiculous action was allegedly carried out by suspected APC thugs who wanted to truncate the smooth conduct of the election in the area. This, action corroborates our earlier disclosure that the APC plans to sponsor violent criminal operations that could enable its poorly orchestrated script for postponing the elections in Akwa Ibom State.

Let us sound it loud and clear that Obot Akara a PDP enclave, is home of the former deputy Governor and senatorial candidate of the Peoples Democratic Party, Dr. Chris Ekpenyong, the Commissioner for Youth and Sports, Sir Monday Ebong Uko as well as the Dean of the College of Personal Aides of the Governor, Elder Ufot Ebong, among others. This, in addition to the new roads and bridges built by the current administration of His Excellency Mr. Udom Emmanuel to reconnect the area with other parts of the state, cement the area as a stronghold of the PDP.

It is unfortunate that despite the repeated outcry against the threats to violence by leaders of the state’s opposition party, no significant action has been seen to be taken against such threats.

For example, the Caucus leader of the APC in Akwa Ibom on three different occasions in between August and September last year, threatened to unleash Warsaw in Akwa Ibom in a manner akin to the invasion of Poland by notorious German despot, Adolf Hitler. He made those boasts in a church, the town square and in his residence respectively, and the video clips are still available. As if not satisfied with that, Senator Godswill Akpabio went ahead to threaten that he will capture the state under three hours.

The Divine Mandate Campaign Organization wishes to echo for the umpteenth time that election is not war, and as such every attempt by the All Progressives Congress and its so-called Warsaw agents to instigate crises in the state, is hereby hugely condemned. We therefore call on security agents to fish out perpetrators of the dastardly act, and ensure that justice is not only done, but seen as being done.

We wish to conclude by reiterating the call by our leader and Governor, His Excellency Udom Emmanuel, that election will come and go, but the bond of unity in the state, should not be severed on the altar of politics.