JUST IN: 2023 Presidency: Would Osinbajo be a fighter or a… 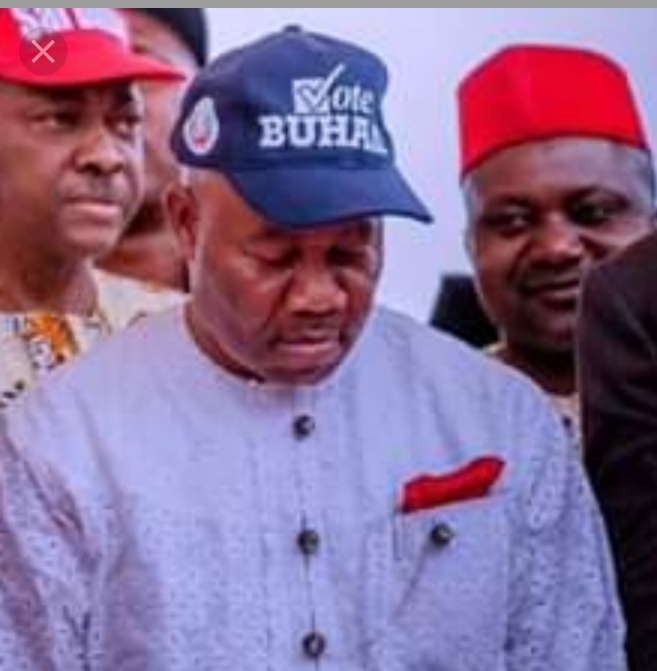 SAHARANEWS – Senator Godswill Akpabio has made fresh moves to replace current Chief of Staff to the president, Abba Kyari, SaharaNews can authoritatively assert.

SaharaNews recalls that Akpabio failed to regain his seat during the just concluded Presidential and National Assembly elections.

A source at the presidency revealed that Senator Akpabio in the last 48 hours has had a couple of meetings with close confidants of the president and top officials to discuss the move.

Akpabio is proposing that should the president appoint him, a Christian from the core southern part of Nigeria into such a sensitive office, the current notion that Mr President is shielded by a cabal controlling the affairs of the state will die a natural death.

SaharaNews gathered that Akpabio is expected to tie the knots on that appointment with President Muhammadu Buhari as the latter is scheduled to visit Akwa Ibom State on Monday on a thank you tour where he will have a town hall meeting with a cross section of people from all walks of life.

The other presidential advanced team scheduled to be in Imo State have moved over to Delta State in anticipation of the president’s visit.

The presidential source revealed that part of the Akpabio’s plan is to use the town hall parley in Uyo to instigate the audience to call for the redeployment of current top staff of INEC in the state, which should pave way for the ruling All Progressive Congress (APC) to take over the oil rich state.

The former Governor of Akwa Ibom State had made similar inroutes into the presidency during the Goodluck Jonathan era, knocking off the like of former Governor, Rotimi Amaechi, who eventually left the PDP in acrimonious circumstances.

SaharaNews recalls that Abba Kyari was appointed Chief of Staff to the president on 27th August 2015. He was preceded by Brig.-Gen Jones Oladehinde Arogbofa and Chief Mike Oghiadomhe, who both served under President Goodluck Jonathan.

SaharaNews will bring you more details on this report

Stay with the BEST, stay with SaharaNews!

JUST IN: EFCC Arrests Atiku’s finance director, “I Can’t Give In To Cheap Blackmail – Atiku