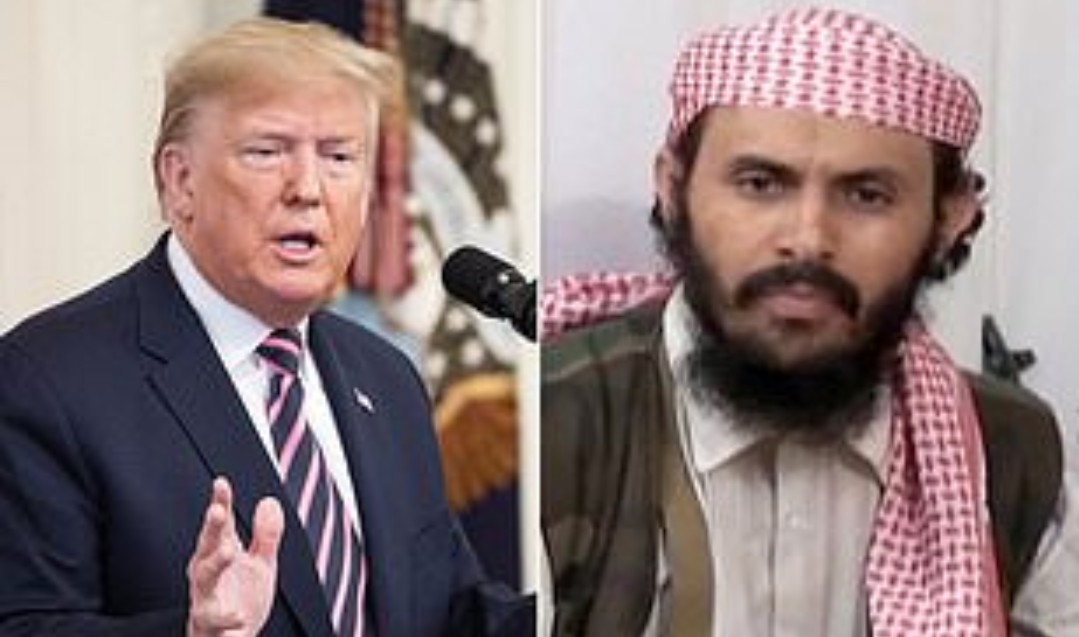 SAHARANEWS – The US military has killed al-Qaeda leader Qassim al-Rimi, the jihadist leader who claimed responsibility for the deadly shooting at Naval Air Station Pensacola in Florida where three American sailors were killed by a Saudi Aviation trainee.

According to the US president, Donald Trump, he ordered the killing of al-Rimi during a counter-terrorism operation in Yemen, and even though he didn’t elaborate on when the killing was carried out, he said that the US and its allies are safer as a result of al-Rimi’s death.

We will continue to protect the American people by tracking down and eliminating terrorists who seek to do us harm,’ Trump said in a statement.

A $10 million reward for any information leading to al-Rimi’s capture was offered last month by the State Department after al-Rimi’s al-Qaeda accepted responsibility for the naval base attack.

Al-Rimi had said in an 18-minute video posted on Twitter that his group was responsible for the December 6 shooting at the base.

“I’m against evil, and America as a whole has turned into a nation of evil.”al-Rimi said in the video.

“I hate you because every day you (are) supporting, funding and committing crimes not only against Muslims but also humanity.”

ALSO READ:  BURSTED: (VIDEO) Facts The Federal Government Would Go To Any Length To Keep Away From Nigerians