BREAKING:Maj.-Gen Yaro takes over as 30th commandant of NDA 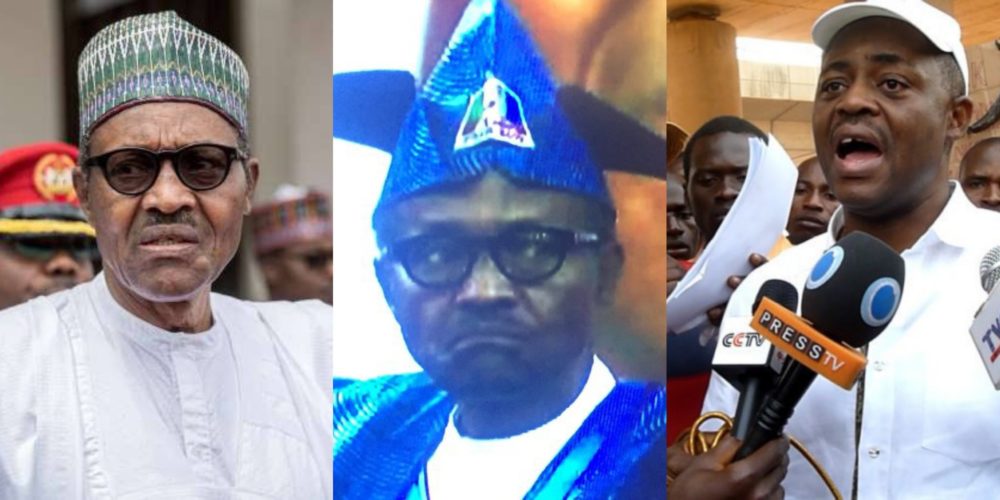 SAHARANEWS -, Femi Fani-Kayode, the former Minister of Aviation has reacted to attack on President Muhammadu Buhari and the All Progressives Congress national chairman, Adams Oshiomhole on Monday at the party’s rally held in Abeokuta.

President Buhari on Monday, alongside Oshiomhole and other party members were stoned with materials suspected to be shoes and stones as he raised the hand of APC governorship candidate, Dapo Abiodun.

As a result of the violence, activities at the MKO Abiola International Stadium, Kuto, Abeokuta, was paused for some minutes as bodyguards guarded the president to avoid being hit by the objects being thrown at him and other party members.

The development angered the leaders of the party, including former Governor of Lagos State, Bola Tinubu, who left the podium while the President was making his remarks.

Reacting, Fani Kayode mocked Buhari, saying the attack is “payback from the Lord for your cruelty to Nigerians over the last 3 years.”

On his Twitter page, he wrote: “First you were booed and jeered and now you are being stoned at your own party rally! Shame on you Buhari!

“The Lord is paying you back for your cruelty to Nigerians over the last 3 years! God’s judgement is upon you for your evil and wicked ways and this is just the beginning!”