BREAKING: Another Good News For Biafrans As IPOB Releases Date Kanu Will Meet With UN Officials In Geneva 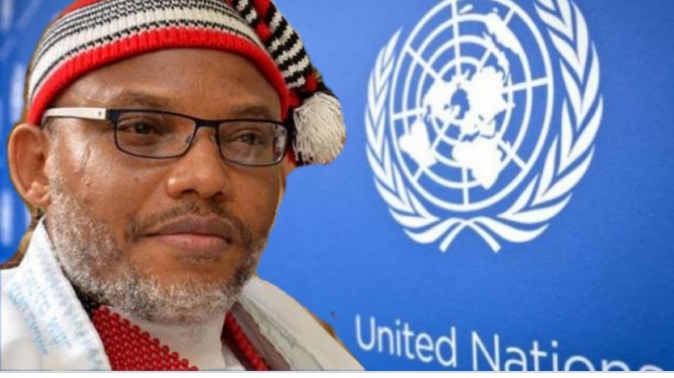 SAHARANEWS – The Indigenous People of Biafra (IPOB) on Friday, released the date Nnamdi Kanu will be meeting with the United Nations officials in Geneva.

In a post by Carol Munday, the London Chapter media coordinator of IPOB said Kanu will be meeting with the UN officials on 18 September 2019.

In her words: “Mazi Nnamdi Kanu leader of the Indigenous People of Biafra will Br meeting UN officials in Geneva, Switzerland on September 18, 2019”

IPOB had on press statement released on Thursday by its Media and Publicity Secretary, Emma Powerful said Kanu will be visiting the United Nations and Washington DC after historic meeting at the Brussels.

IPOB extended heart warm thanks to the European parliament, especially those members that invited its leader, Mazi Nnamdi Kanu to briefing session in Brussels, Tuesday.

Emma noted that the invitation to the parliament signified that the IPO was not only respected but regarded as a force for good in Africa.

He stressed that the events in Brussels had confirmed that Biafra restoration struggle was  divinely ordained, “hence all efforts by the Nigerian Government to intimidate and bully the organisers failed spectacularly.”

“No, Not After Being Beaten Up And Brutalized, Not When Truth Is Casualty, No, I can’t – Dino Melaye