JUST IN: Army promotes 231 senior officers, a look at the… 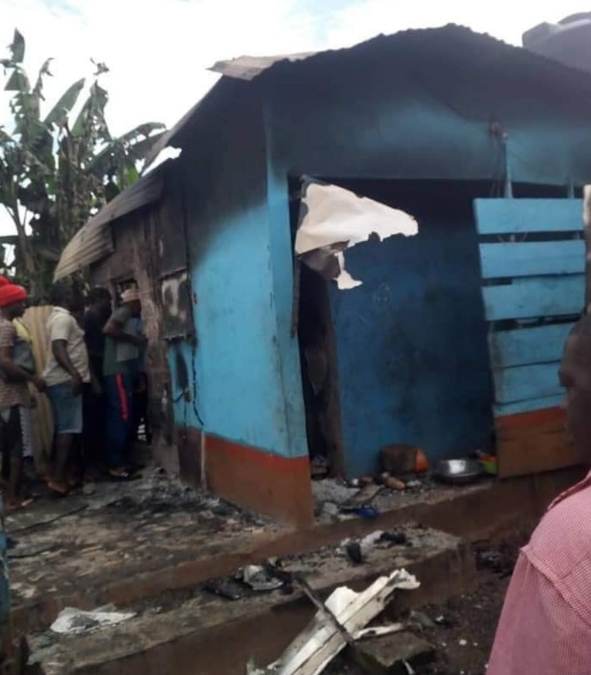 SAHARANEWS – Another tragic fire incident occurred in Anambra in the early hours of Friday October 18, as three female workers who were sleeping in a beer parlour were burnt to death.

The cause of the fire incident at the beer parlour named ‘Padded Joint’ at Ezekwuabo Otolo Nnewi, close to St. Thomas Anglican Church (Akwudo) is now yet known, but it was learnt that it began by 3:00am.

A Facebook user, Uche Prince who shared photos from the scene of the incident wrote; “Fire Outbreak In A Motel In NnewiA motel at Ezekwuabo Otolo Nnewi close to St. Thomas Anglican Church (Akwudo) called Padded Joint caught fire in the early hours of yesterday’s morning, 18th October 2019 at around 3:00 am. The source of the fire outbreak was unknown at the time of writing this report.

An eye witness who pleaded anonymity, said that the owner of the motel who is a woman (name not known yet) fondly called “Obodo Umu Anumanu, a native of Ndimgbu in Otolo but married in Mbanagu-Otolo was said to have closed the motel apartment where the three girls slept before leaving for her house last night before the fire outbreak.”

The police commissioner in the state, John Abang who confirmed the incident said the owner of the drinking joint has been arrested and she has made useful statement.

“It’s a drinking joint and the waiters who do sleep over in the joint lost their lives. Very unfortunate”, he said.

This is the third fire incident in 48 hours in Anambra State.