Security beefed up as protest rock National Assembly in…

JUST IN:There Would Have Been War If Yoruba Had Done In The…

BREAKING: APC May Not Be Able To Stop PDP From Taking Over Government Again If We Continue Like This – Buhari Laments 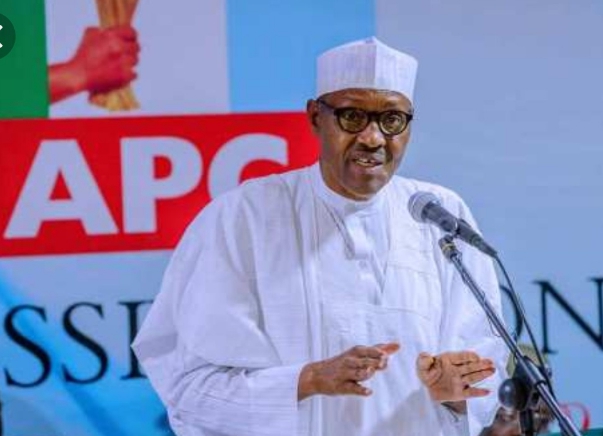 SAHARANEWS – President Buhari has expressed worry over the lingering leadership crisis among members of the ruling All Progressive Congress (APC) in the National Assembly.

Speaking on “Good Morning Nigeria”, a programme aired on NTA, the president said he did not want to be seen as interferring in the internal affairs of another branch of government.

“I have to be very sensitive to the constitution of the country. I do not like to be told by anybody, especially the legislators, that I am interferring in their matter. There are three arms of government—Executive, legislature and the judiciary.”

“Over the last 16 years, they have developed the system of choosing their leaders. There is no way I can directly interfere. All I can do through the party is to appeal to their conscience that what I already observed, we should go over it as soon as possible.”

“When I say ‘WE’, I mean the APC. We cannot win the battle and lose the war. We must not allow individual personal ambition to succeed in dividing us and allow the Peoples Democratic Party (PDP) to deal with us. This is what the National Assembly has allowed so far.”

“The APC is giving the PDP allowance to take over the government again. This is extremely disheartening, I am very worried,” the president said expressing his frustration.