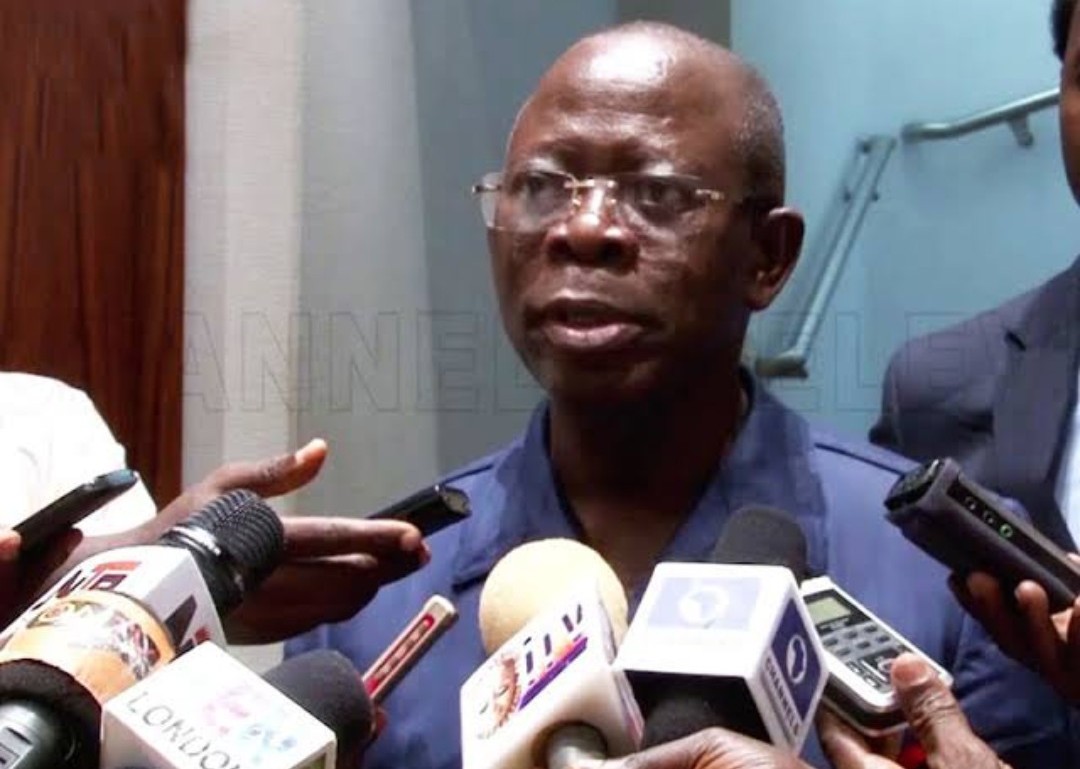 National Chairman of the APC, Comrade Adams Oshiomhole, has been suspended by the Edo State chapter of the party over his alleged role in the crisis rocking the party in the state.

The decision, according to a statement signed by the State Chairman, Aslem Ojezua, and Assistant State Secretary, Ikuenobe Anthony, followed the vote of no confidence passed on Comrade Oshiomhole by the chairmen of the APC in the 18 local government areas of the state.

The statement read in part: “Consequent on the development, the State Executive Committee has adopted the vote of no confidence passed on him and the subsisting suspension order from the organs of the party in the state.”

It said the decision was necessary to prevent a repeat of what happened in Zamfara State, where the party was unable to field any candidate in elections.

“Comrade Adams Oshiomhole is the one behind the crisis in Edo APC. We have passed a vote of no confidence on him and he stands suspended from the party,” the statement also read.

Meanwhile, the Edo State chapter of the APC yesterday removed its secretary, Lawrence Okah, from office.

The party, however, passed a confidence of vote on the state chairman, Aslem Ojezua.

Okah was last month suspended by the state executive of the party and a committee was set up to investigate him.

He was said to have been suspended following allegation of anti-party activities leveled against him by his ward in Oredo LGA.

A statement signed by the Assistant State Secretary, Mr Ikuenobe Anthony, said the decision was taken on Tuesday after a meeting of the State Executive Committee, where a vote of no confidence was passed on Okah.

“The State Executive Committee of the APC has passed a vote of no confidence on the State Secretary, Mr Lawrence Okah, in accordance with Article 17 (v) of the constitution of the party,” the statement read in part.

It added that his replacement would be effected in due course in accordance with Article 17 (vi) of the party’s constitution.

Meanwhile, there was tension yesterday in the Edo State chapter of the APC, following the alleged removal of the state chairman of the party, Aslem Ojezua, by some members of the state working committee of the party.

Later in the afternoon, it was gathered that a faction loyal to Lawrence Okha also passed a vote of no confidence on Ojezua and removed him.

It was further gathered that two members of the working committee, who claimed they were abducted and forced to append their signatures on a document against Ojezua, said they signed the document at gunpoint.

Responding yesterday, Ojezua described his purported removal as the party’s chairman as the handiwork of some desperate elements within the party.

He said those plotting his removal were jittery over the possible outcome of the report of the committee set up to carry out sanitation exercise in the party.

#FreeSowore: (VIDEO) We Were Given N1m At Gun Point, Told Not To Protest — Adeyanju