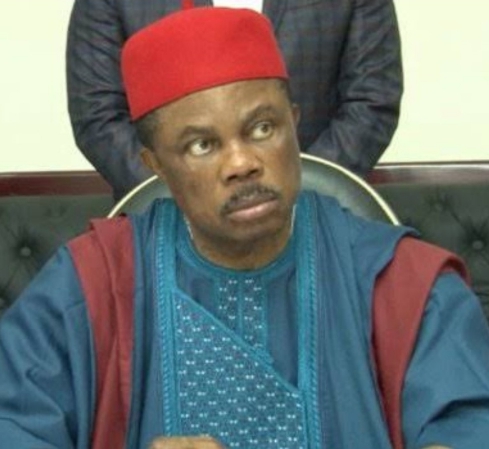 SAHARANEWS – Anambra State Governor, Willie Obiano has been reportedly sacked by All Progressives Grand Alliance (APGA) as its Board of Trustees Chairman (BoT).

SaharaNews gathered that the decisions were taken on Tuesday in Awka during the party’s National Executive Council (NEC) meeting.

Meanwhile, the party had picked May 31 as for it’s National convention at the Prof Dora Akunyili women development center in Awka, Anambra state.

New BOT members were to be nominated ahead of its National Convention for ratification, as read out by the National Secretary of APGA, Labaran Maku

Also, the Ward and Local Government Congresses of the party would hold on the 19th and 21st of May

Again, the State and Zonal congresses are to take place on the 23rd of May

While addressing the NEC meeting, Obiano assured the readiness of the party’s National Assemly members elect to support the Federal Government in achieving its development agenda.