JUST IN: The Killer Herdsmen Enjoys FG’s Immunity While Law… 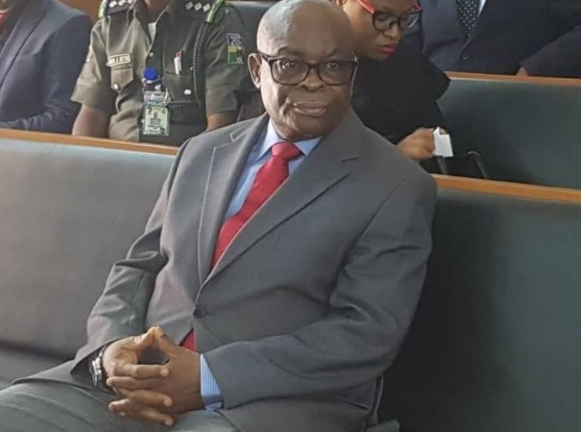 SAHARANEWS – Former Chief Justice of Nigeria (CJN), Justice Walter Onnoghen, has lost the appeal he filed where he challenged an ex parte order of the Code of Conduct Tribunal that resulted in his suspension from office, while his trail was still pending before the tribunal.

The Court of Appeal, on Friday, dismissed the appeal filed by the ex-CJN challenging the legality of the exparte order by the CCT that led to his suspension.

SaharaNews Recall that the chairman of the tribunal, Danladi Umar, had also refused to recuse himself from the matter on allegation of bias by Onnoghen.

But in a judgment by the three-man bench led by Justice Stephen Adah, it was unanimously ruled that the CCT’s ex parte order breached the ex-CJN’s right to fair hearing.

While reading the lead judgment, Justice Adah, avowed that the proceedings of the court shouldn’t have been conducted “in a shady or clandestine manoeuvre,” the way the ex parte order was obtained by the prosecution.

Despite the blaming of the CCT, he struck out the matter because the main matter had been decided by the same CCT, as Onnoghen now stands convicted

ALSO READ:  BREAKING: Nigerian Workers Locked Up In Another Chinese Company In Ogun State Cries Out For Help

JUST IN: Atiku Will Accept Verdict On Petition Provided It Is Not Influenced – Spokesman

BREAKING: NLC Vows To Embarrass Ngige And His Family Anywhere, Says He Is Not Fit To Be Minister