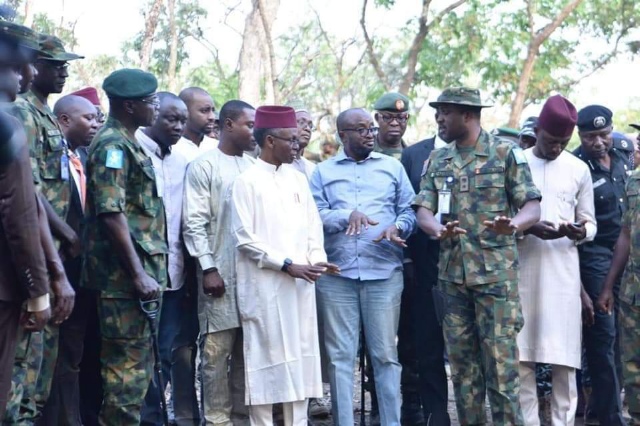 SAHARANEWS – Following the violence that broke out in Kaduna State, the Nigerian army has confirmed the killing of 66 people in the attack on Kajuru Local Government Area.

SaharaNews learnt that the General Officer Commanding One Division of the Nigerian Army, Major General Faruk Yahaya, said that 37 out of the 66 people killed were buried in a shallow grave near a river bank in Kajuru.

This confirmation comes amid conflicting narratives on what could have triggered the recent conflict as well as the casualty figures, just as some questioned the veracity of the story about the attacks, said have been carried out on Maro, Ungwar Barde, Iri and Kutora communities.

ALSO READ:  AMOTEKUN: “Go Ahead & Do Your Worst, Arrest Us All, Amotekun Has Come To Stay” – Ex-Minister Dares The Cabals

According to a community leader, gunmen had attacked Ungwar Barde village killing scores of people and burning down houses on Monday night, February 11, 2019.

He said this led to a reprisal in three other communities that also left several people dead and many others injured.

Meanwhile, the state governor, Nasir El-Rufai, accompanied by the GOC One Division and Commissioner of Police in the state, has visited the communities where they held a meeting with the leaders with a view to identifying the remote and immediate cause of the crisis.

The governor expressed dismay over the attempt by some people to politicise the killings, adding that there was a deliberate plan to frustrate the government’s efforts towards fostering an atmosphere of peace in the communities.

On the part of the police, SaharaNews gathered that some arrest has been made, the state Commissioner of Police, Ahmad Abdurahman, confirmed the arrest of seven suspects over the killings.

Kajuru Local Government Area has over the years been in the news as a result of violence resulting from ethno-religious conflicts, cattle rustling and kidnapping.

SaharaNews recalls that in 2018, an ethno-religious crisis in Kasuwan Magani, also in the same local government area, left over 100 people dead and property worth millions destroyed.