VP Osinbajo Seems To Have More Troubles To Face As Timi…

BREAKING: Asaba Residents Thrown Into Panic As Another Beheaded Body Of A Man Was Found In The Area 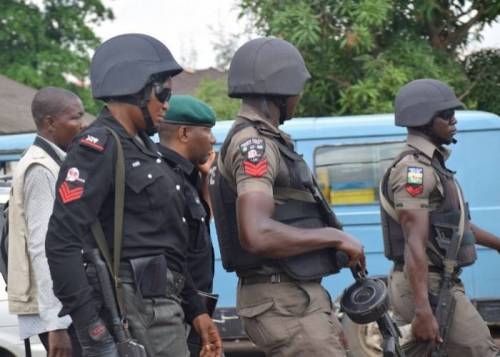 SAHARANEWS – There was panic on Saturday as the beheaded body of an unidentified man was found in Nnebisi Road, Asaba, Delta State.

SaharaNews learnt that the lifeless body of the yet to be identified man, which attracted residents of the area, had vital organs missing.

An eyewitness told our correspondent that, “We saw the man here struggling for life on Friday night behaving like someone who may have taken some substances. And all his body parts were still intact.

ALSO READ:  Politicians Have A Lot To Learn From The Church – Osinbajo

“But in Saturday more, his head had been severed and some vital parts of his body also removed by unknown persons. This is surprising and shocking to us. This has not happened before in the area hence everybody is afraid and in a state of panic.”

Contacted on the development, the Delta State Police Public Relation Officer, DSP Onome Onowvakpoyeya, confirmed the story, saying the command had already launched an investigation into the incident with a view to bringing to book the culprits involved in the act.