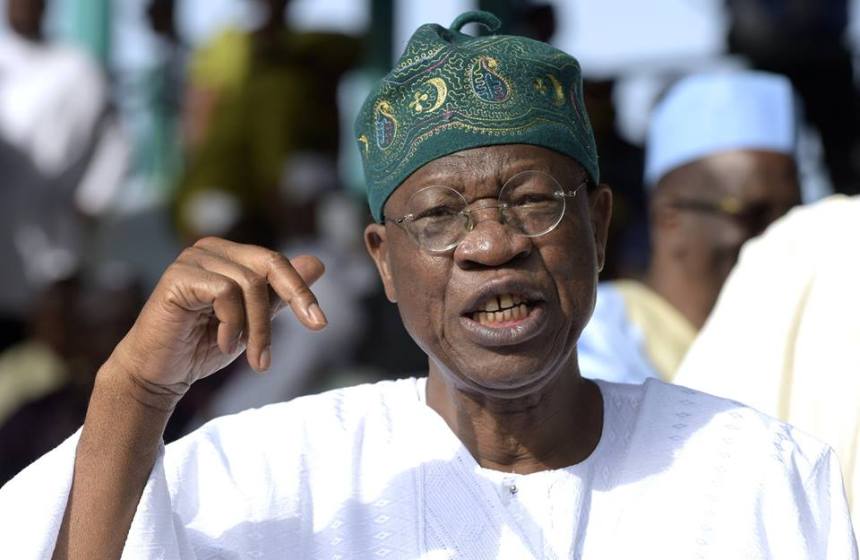 SAHARANEWS – Lai Mohammed, the minister of information and culture has said the Federal Government is in possession of strong evidence that the People’s Democratic Party (PDP) and it’s candidate, Alhaji Atiku Abubakar is putting plans in place to truncate Nigeria’s democracy.

According to him, “Our interventions are based on credible evidence, and no government with the kind of evidence that we have, of plans to subvert the power of the state, attack the nation’s economic live wire and generally unleash mayhem on the polity, will keep quiet.

“The security agencies are all alert to their responsibilities and will not sit by and allow anyone to reverse the gains of our democracy under any guise.

He added that “Since our intervention, pseudo and partisan analysts have teamed up with the spokesmen for the main opposition party and its presidential candidate to either exhibit their ignorance or to engage in red herring and name-calling.”

Addressing the alarm raised by the Defence Headquarters and The Department of State Services, he said: “As you are aware, a few days ago we raised the alarm that either by themselves or via their proxies, the PDP and it’s presidential candidate are doing everything possible to sabotage the Buhari Administration, generally overheat the polity and make Nigeria seemingly ungovernable.

“Of course you are aware of similar alarms that have been raised by the police, the military, and the DSS.

The minister called on Nigerian to in the spirit of Ramadan, shun ‘anti-democratic forces’ in the country.

“I make this request against the background of those who are daily plotting to exploit our national fault lines of religion and ethnicity, those who masquerade as Democrats but can’t take electoral defeat, those who will not hesitate to collude with anti-democratic forces and dead-enders to fan the embers of violence in the country and those who have elevated their personal ambition over and above our survival as a nation.”

DSS Warning
Similarly, the Department of State Services (DSS) issued a warning to those it said were calling for a revolution Nigeria Continuity and Progress (NCP).

The DSS in a statement on Friday said: “It is evident that the misguided group and its cohorts have also planned to instigate widespread violence against the government in order to actualize their infamous agenda of forceful change of regime.

“The DSS not only supports the consolidation of democracy in Nigeria but will leave no stone unturned in rooting out persons or groups desirous of truncating the process or undermining the country’s peace and corporate existence.

“The service will, therefore, not condone any form of extra-judicial activities or methods designed or adopted by persons or groups to subvert constituted authorities.

“Instructively, defaulting persons will surely be brought to book.”