UPDATE: Gowon Is Now In A Stable Condition After… 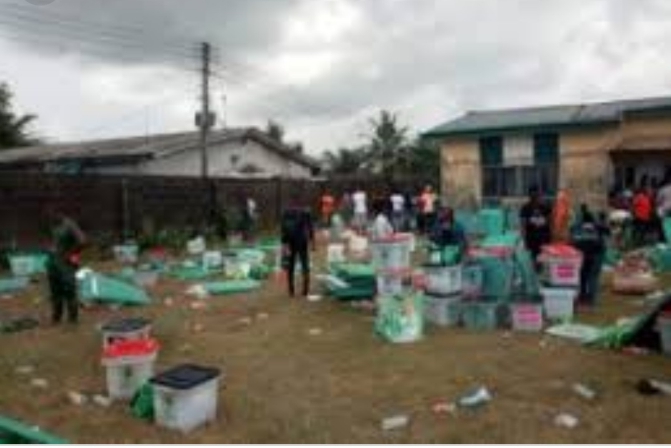 SaharaNews gathered that nothing lesser than 7 agents belonging to the Peoples Democratic Party (PDP) who tried to resist the unwholsesome actions have been abducted and thrown into detention at Essien Udim Divisional Police Headquarters, by Supol Akpabio, without any charge against them.

The DPO said he is unable to release them since Supol Akpabio is a superior officer. At the moment, having chased off all PDP supporters and agents, the massive rigging is ongoing in several units of Essien Udim, especially Unit 17 and 18 of Ukana Iba Ward.

At the Independent High School, journalists where refused access into the polling unit, while eyewitness also reports that there has been forceful collection of PVCs from voters.

SaharaNews also learnt that Supol Akpabio who is in charge of Anti Robbery in the state police headquarters in the early hours of today had gone to the gate of the House of the Peoples Democratic Party (PDP) chieftain, Emem Akpabio, shooting sporadically, thereby forcing the elder statesman to remain indoors.