BREAKING: Bloody Revolution Or Peaceful One, Sowore’s Revolution Call Is Imminent – Aisha Vows To Lead A Revolution March On the 14th August 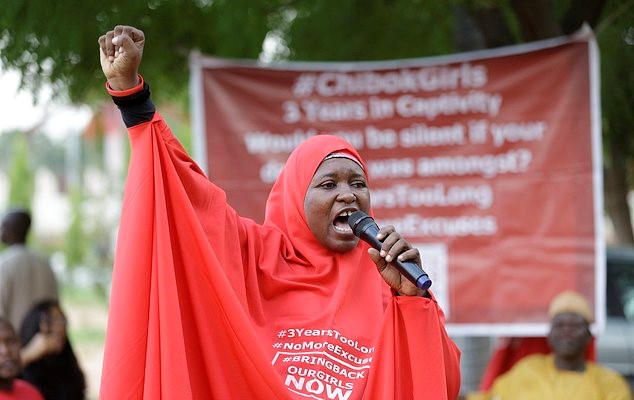 SAHARANEWS – A human right crusader, Aisha Yesufu, has told President Muhammadu Buhari and security operatives in Nigeria to get ready to arrest more people, pointing out that Nigerians will not stop demanding for their rights.

She said Buhari had not shown empathy in his action and words that he has the capacity to be a leader of a democratic nation like Nigeria.

She added that Nigerians are ready and willing to go to jail rather than watch the country return to dark days reminiscent of the military era.

“So, the Nigeria government should get ready to arrest more people, if that’s what they are going to do. We will not keep quiet.

She pointed out that the country was tottering on the edge of anarchy and there was a need for the citizens to come together and demand a better Nigeria, wondering why the government has not arrested terrorists and herdsmen whose actions threaten the peaceful co-existence of the country.

She described the arrest of Omoyele Sowore, a human rights activist and presidential candidate in the February 2019 election, as unconstitutional and undemocratic.

“Revolution has started in the country with the killing of a policeman by an angry mob who went to arrest ‘Yahoo boys’ in Lagos and mistakenly shot a woman in her shop. We saw the gridlock that happened along Abuja-Kaduna road a few days ago when a policeman had asked a driver to give him money.

“The man did not have enough (money) and this policeman took out a gun and shot the man in the head and he died. The drivers occupied the whole area for over 20 hours. That is a revolution happening. It is already happening,” she said.

The co-convener of # BringBackOurGirls asserted that the inability of the government to contain incessant killings and kidnappings acrossthe country was unfortunate.

“When one is affected all of us are affected; if we keep quiet and we do nothing now that Sowore has been arrested, what do you think is going to happen?

“One by one every one of us is going to be taken away and locked up, and we are going back to those dark days in Nigeria when people were afraid to speak inside their own houses and we will never allow that to happen.

Speaking further, Yesufu added, “I have consistently said if educated Nigerians do not go for a bloodless revolution where it is done with words and intellect. Where we ensure that systems are put in place that should work for the nation, whether we like it or not we might be sent one day into a bloody revolution where the poor get tired and their back get to the wall and come after every one of us “

She urged Nigerians within and outside the country to come out and demand the release of Sowore on Wednesday (tomorrow) 14 August.