Biafra: There is sense in what the people are saying, we… 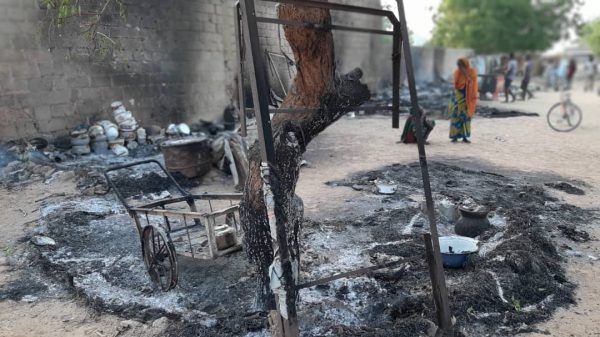 Sources revealed that the insurgents stormed the town at about 6:00 pm in 4 Toyota Hilux and shot sporadically and killing 7 mobile police officers and a yet-to-be identified person.

A member of Civilian JTF who narrowly escaped the attack said the 7 Mopol killed were deployed to Dapchi town just four days ago.

Meanwhile, the Executive Secretary, State Emergency Management Agency (SEMA) Dr. Mohammed Goje has mobilised a rescue team and evacuated the corpses of the deceased to mortuary of the Specialist Hospital Damaturu.

“Military base and MOPOL houses and tents were burned down. Vehicles belonging to security and vigilante were burned and 3 others catered away” he said.

He further said the team met the military and Police on ground, commended their effort in repelling the attack, and expressed sympathy for the casualties and loses, with assurance of government continued support.