You are raiser of terror gatherings — IPOB blast Miyetti… 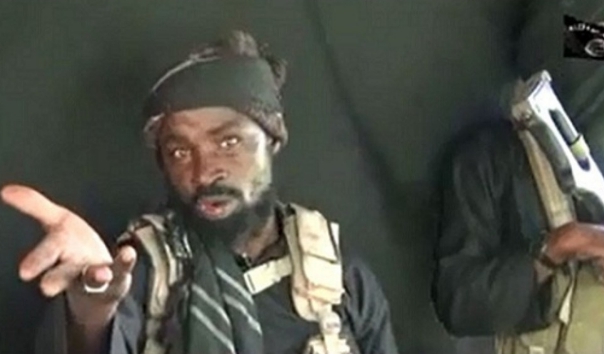 The leader of the Nigerian terror group Boko Haram has appeared in a new video in which he could be seen reading the group’s ideology and the Nigerian national pledge, which he denounced as shirk.

Shirk in Islam means associating a partner with God and is deemed one of the greatest sins in the religion.

Conflict journalist Ahmad Salkida, who first published the news about Shekau’s latest video, said he may “have impaired eyesight as he struggled to read his group’s ideology in Arabic.”

The last known video of the Boko Haram leader was a 36-minute clip released in July 2018.

ALSO READ:  We'll Use Our Votes Against Those Who Say “Rivers Don't Matter” - Wike

BREAKING: FG Gets Caution Note From Europe Against Amnesty International