Nigerians’ visa ban by the US undermines democracy,…

“I Can Never Support Igbo Presidency, Let Tinubu Take It ” ~… 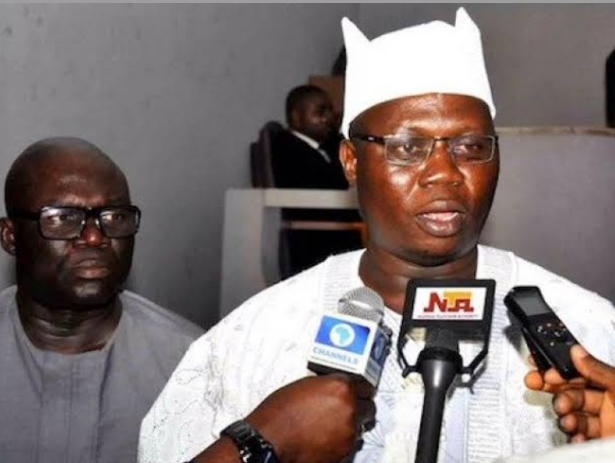 SAHARANEWS – Aare Onakakanfo of Yorubaland, Iba Gani Abiodun Ige Adams, has urged the Federal government to fix the Lagos – Badagry road, saying such move will boost the Nigerian economy and further expose the tourism potentials of Badagry as a whole.

Speaking during the 2019 edition of the Olokun Festival in Badagry, Adams expressed worry over the closure of the Nigeria – Benin border,insisting that the closure of the border was suspicious, with huge implications on the entire Southwest.

“The road leading to Badagry town and its environs are in deplorable stage and nobody even cares.For the past seven years, this town had been abandoned with little facilities I have said it severally that this road is bad.The road has become death traps for commuters plying the road daily. For instance, traveling between Badagry and Mile 2 has always been an unpleasant experience these days.Imagine the kind of impression this would have on foreigners and tourists coming through west African coast to Badagry”,he said.

The Yoruba leader, also lamented that the closure of the border will definitely affect the people in the South than any other regions.

“It is unfortunate that the Nigeria – Benin border had to be shut, however, the closure seems suspicious to me because the borders in the North still operate conveniently without anybody blinking an eye. This portends grave danger to us as a people because the economic implications of the border closure will largely affect us more in the southwest than any other regions.

ALSO READ:  News ASUU hints at embarking on another strike

He, however, urged the Federal government, to as a matter of urgency, re-open the border and make sure that the necessary arrangements are made to forestall illegal smuggling of rice and other valuables into the country.

” We can reduce the unlawful smuggling of rice and other items into the country. It involves proper planning and documentation from the Nigerian government and the officials, including the Immigrations and the Customs must be up and doing in ensuring that the law is effective.”

His words, :” Through cultural festivals such as this, we can gradually begin to change the narratives. We can begin to project the image of our country positively to the world. Therefore, I am making a clarion call to all Yoruba sons and daughters to continually promote the policy thrust and development agenda of the OFF.”

JUST IN: “One Lesson Other Ethnic Nationalities, Especially The Yorubas Must Learn From Igbos – Reno Omokri