JUST IN: I will go against the zoning formula if re-elected… 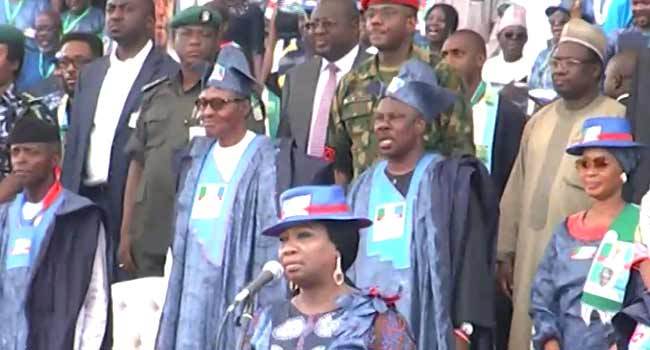 SAHARANEWS – President Buhari on Monday, alongside Oshiomhole and other party members were stoned with materials suspected to be shoes and stones as he raised the hand of APC governorship candidate, Dapo Abiodun.

As a result of the violence, activities at the MKO Abiola International Stadium, Kuto, Abeokuta, was paused for some minutes as bodyguards guarded the president to avoid being hit by the objects being thrown at him and other party members.

The development angered the leaders of the party, including former Governor of Lagos State, Bola Tinubu, who left the podium while the President was making his remarks.

ALSO READ:  Northerners Will Never Vote For Igbo To Be President In Nigeria - Arewa Consultative Forum

ONNOGHEN: Fresh Troubles For Onnoghen As NJC Issues Another Query