BREAKING: Buhari Can Not Lift A Fraction Of Nigeria Out Of Poverty – LCCI Fired Aso-Rock 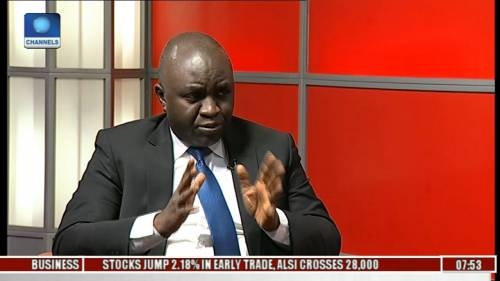 SAHARANEWS – Director-General of Lagos Chamber of Commerce and Industry, Muda Yusuf, has said it is impossible for President Muhammadu Buhari to lift 100 million Nigerians out of poverty.

Yusuf made the comments while speaking on a programme on Channels Television.

President Buhari had while addressing new ministers at a retreat on Monday vowed to lift at least 100 million Nigerians out of extreme poverty.

But disagreeing with that statement, the LCCI boss said the President had not been collaborating with those, who could help him achieve the goal.

ALSO READ:  Nnamdi Kanu: I stand with the people of Biafra — Collier

He said, “The President is talking about taking 100 million people out of poverty over 10 years, it is impossible to do that without investors. Because when we talk about job creation, it is not the government that will create the job.

“As we speak, the government is already overstretched in terms of the number of employees that they have and many of them are struggling to pay salaries and with the minimum wage that we are expecting any time soon, it will become even more difficult to create a new job.

“There is no sufficient consultation between those who are managing the economy and the government.”

BREAKING: Ekweremadu Recounts His Ordeals In Germany, Says Their ‘Sins’ Are Forgiven