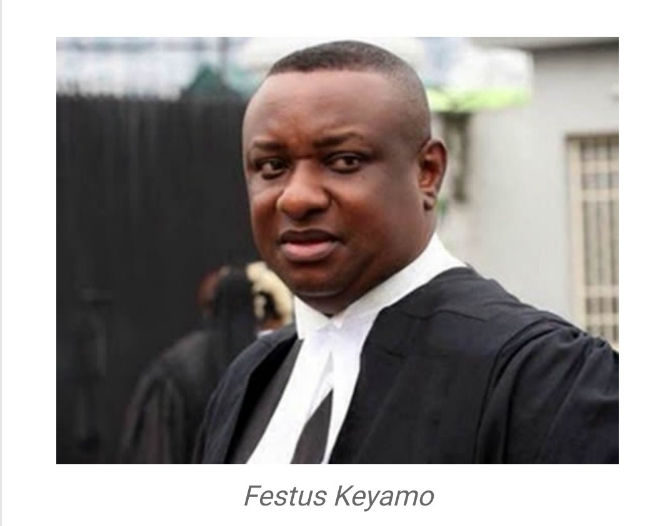 SAHARANEWS – The spokesman for the All Progressives Congress has dropped another bombshell while appearing on Channels TV on Saturday night. He said if you have occupied the public office for a reasonable length of time, you do not need a WAEC certificate to become President of Nigeria.

Keyamo said “There are other levels of qualifications to run for the office of President. In fact, if you have occupied the public office for a reasonable length of time, by the provisions of the constitution, you do not even need a WAEC certificate to become President of Nigeria.

It becomes extremely foolish for anybody who is not statutorily empowered to issue WAEC certificates to come and challenge the body that has the statutory power to issue certificates.

FG will begin payment of funds in April, ASUU
This is coming days after the APC filed a motion at the Presidential Election Petition Tribunal in Abuja by its lead counsel, Lateef Fagbemi faulting the candidacy of Atiku in the election, claiming that Atiku is a Cameroonian and not a Nigerian citizen.

APC, hence stated that the former Vice President’s petition against President Muhammadu Buhari, its own candidate, should be dismissed for lacking in merit.

BREAKING: Aso-Rock In Panic As Atiku Insists That The Man In The Villa Is Not Buhari, Demands For A DNA Test

JUST IN: Drama As FG’s Lawyers ‘Clash’ During Onnoghen’s Trial