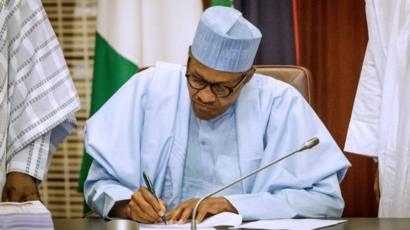 Minister of Interior, Ogbeni Rauf Aregbesola disclosed this at a news conference on Thursday in Abuja.

He said three other high profile persons also benefitted from the presidential amnesty.

He added that the gesture means that they were never convicted.

Aregbesola, who was flanked at the conference by Minister of Justice and Attorney-General of the Federation, Abubakar Malami, and Minister of Information, Alhaji Lai Mohammed, said the gesture was based on compassion.

He added that 70 inmates of the Kuje custodian centre Abuja would also be released on Thursday as part of efforts to decongest the centre.

Aregbesola said the Presidential pardon followed recommendations to the President by a committee and the imperative of drastically reducing the number of inmates in correctional centres across the country due to the outbreak of COVID 19.