My Parents’ Burial Has Futher Reunite S/East And S/South –… 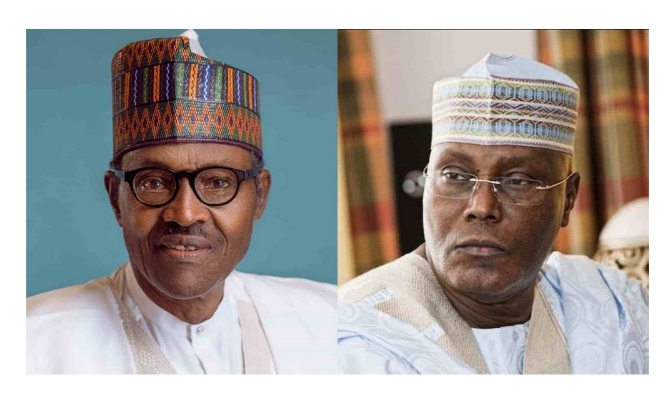 SAHARANEWS +The All Progressives Congress (APC) and its 2019 presidential candidate, President Muhammadu Buhari, on Wednesday, August 21, informed the Presidential Election Petition Tribunal (PEPT) that Atiku Abubakar has not denied claims by the party that he is not Nigerian.

Making their final submissions before the tribunal the APC and President Buhari prayed the court to dismiss petition by Abubakar and the Peoples Democratic Party against the results of the 2019 presidential election.

Olanipekun said the petitioners who have claimed that the Independent National Electoral Commission (INEC) had a server with which it worked with to deliver the election results, they have failed to identify it and show the court where it is located.

Also speaking, Lateef Fagbemi, counsel to the APC said all issues raised against Atiku’s qualification to contest for allegedly not being a Nigerian by birth, were not challenged by either Atiku himself or the PDP. “On the qualification of the first petitioners (Atiku). In spite of all we put before the court, they provided nothing to the contrary.”

“What we need is minimal proof. Nothing was put forward in the petitioners’ written address to counter this. And, I must commend them, because they have nothing to offer,” Fagbemi said.

He said the third respondent has discharge the burden on that and that the issue of the 1st petitioner’s non-qualification is effectively dealt with in the APC’s written address.

“To fault INEC’s position, they have the burden to show substantial non-compliance. They failed to do this. The implication therefore, is that there was substantial compliance with the Electoral Act in the conduct of the last presidential election,”‎ Fagbemi added

EKWEREMADU: “Igbos Are The Only People Who Pass Judgment On Their Gods” – Osita Chidoka