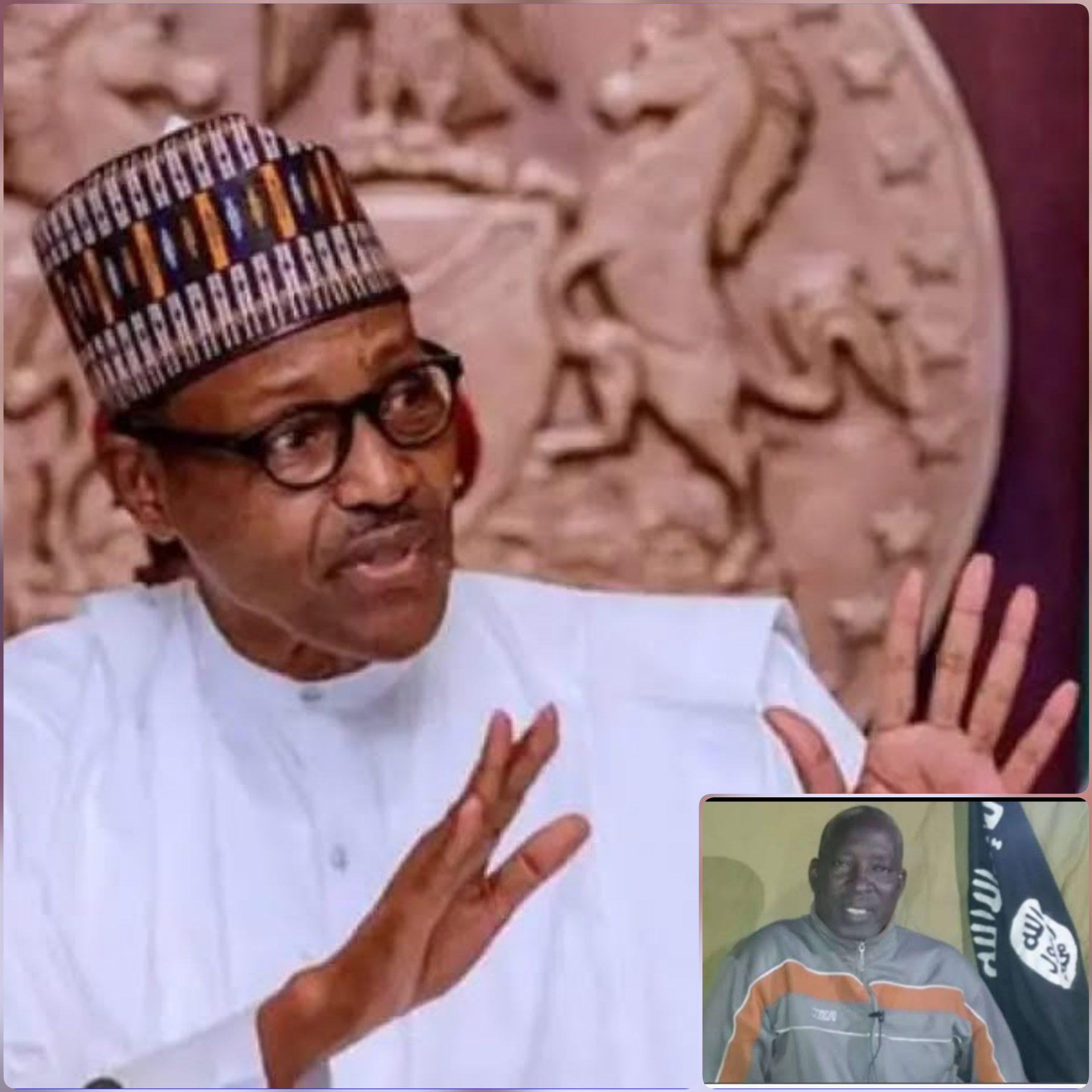 SAHARANEWS – President Muhammadu Buhari has finally reacted to the beheading of the Chairman of the Christian Association of Nigeria, CAN, in Adamawa State, Lawan Andimi.

SaharaNews reported that Andimi, who was the Chairman of CAN, in Adamawa State was beheaded by Boko Haram a few weeks ago.

President Buhari, in a statement he personally signed and made available to SaharaNews on Tuesday, noted that Nigerians everywhere, those of Christian belief and those of none, are mourning the death of pastor Lawan Andimi, “taken from us by Boko Haram for his refusal to denounce his Christian faith.”

Speaking further, Buhari said, “I did not know Pastor Andimi personally. Yet Nigerians and I both know him and his church by their works: healing, caring, feeding and educating, particularly in the northeastern regions of my country—in those areas threatened for too long by terrorists. Every day, the Church of the Brethren in Nigeria (EYN) places itself there bravely where the brotherhood of man is most in need of sustenance.

“Pastor Andimi’s ministry was located only 60 miles from the town of Chibok, from where in 2014 the world witnessed the shocking kidnapping of 267 schoolgirls.

“That even one individual—this time a man of the church—could still be taken by the terror group seven years later might be viewed as evidence the terrorists are fully functional and undefeated. But it is not.

“Since I was first elected to office in 2015, 107 of the Chibok girls have been freed. Today we seek the others. Boko Haram are no longer one, unified threat, but fractured into several rivals.

“These splinters are themselves degraded: reduced to criminal acts which—nonetheless no less cruel—target smaller and smaller numbers of the innocent. We owe thanks to the Nigerian defense forces, bolstered by our partnership with the British, American militaries and other countries that we are winning this struggle in the field.

“But we may not, yet, be completely winning the battle for the truth. Christianity in Nigeria is not—as some seem intent on believing—contracting under pressure, but expanding and growing in numbers approaching half of our population today.

“Nor is it the case that Boko Haram is primarily targeting Christians: not all of the Chibok schoolgirls were Christians; some were Muslims and were so at the point at which they were taken by the terrorists.

“Indeed, it is the reality that some 90 percent of all Boko Haram’s victims have been Muslims: they include a copycat abduction of over 100 Muslim schoolgirls, along with their single Christian classmate; shootings inside mosques; and the murder of two prominent imams. Perhaps it makes for a better story should these truths, and more, be ignored in the telling.

“It is a simple fact that these now-failing terrorists have targeted the vulnerable, the religious, the non-religious, the young, and the old without discrimination.

“And at this point, when they are fractured, we cannot allow them to divide good Christians and good Muslims from those things that bind us all in the sight of God: faith, family, forgiveness, fidelity, and friendship to each other.

ALSO READ:  BREAKING:Herdsmen Kill A Bus Conductor Over Death Of 2 Cows In Lagos

“Yet sadly, there is a tiny, if vocal, a minority of religious leaders—both Muslim and Christian—who appear more than prepared to take their bait and blame the opposite religious side.

Buhari lamented that the insurgents was attempting to divide the country along religious lines. He said, “The terrorists today attempt to build invisible walls between us. They have failed in their territorial ambitions, so now instead they seek to divide our state of mind, by prying us from one from another—to set one religion seemingly implacably against the other.”

Buhari further explained the meaning of Boko Haram, stating that , they are debased by the deceptive scripure. “Translated into English, Boko Haram means ‘Western teachings are sinful.’ They claim as ‘proof’ passages of the Quran which state that Muslims should fight ‘pagans’ to be justification for attacks on Christians and those Muslims who hold no truck with them. They are debased by their wilful misreading of scripture—at least those of them who are able to read at all.

“Of course, there is much of Christianity and Islam—both in teaching and practice—that are not the same. Were that not so, there would be no need for the separateness of the two religions. Yet though these unread terrorists seem not to know it, there is much between our two faiths—both the word and the scripture—that run in parallel.

“The Bible teaches, ‘Each one must give as he has purposed in his heart, not grudgingly or under compulsion’ (2 Cor. 9:7), while the Quran states: ‘There is no compulsion in religion” (2:256). Similarly, the Bible states: ‘For if anyone is a hearer of the Word and not a doer, he is like a man who looks intently at his natural face in a mirror’ (James 1:23). The Quran concurs: ‘Those who believe and do good works, theirs will be forgiveness and a great reward” (35:7).

President Buhari called on religious leaders to listen to his advice as his government makes effort towards annihilating Boko Haram”I call on Nigeria’s faith leaders, and Nigerians everywhere, to take these words of concord—and the many more that exist—to their hearts and their deeds. Just as my government, and our international partners, quicken our campaign to defeat Boko Haram within and without our borders, we must turn our minds to the future. There is no place in Nigeria for those who seek to divide us by religion, who compel others to change their faith forcibly or try to convince others that by so doing, they are doing good.

“Rather, we might all learn from the faith and works of Pastor Andimi. There seems little doubt he acted selflessly in so many regards—giving alms and prayers to both Christians and Muslims who suffered at the hands of the terrorists. And he passed from us, rightly refusing to renounce his faith that was not for his captors to take, any more than his life. His belief and his deeds are a lesson and an inspiration to all of us.”