Nnamdi Kanu Sets To Address The World Today In A Live… 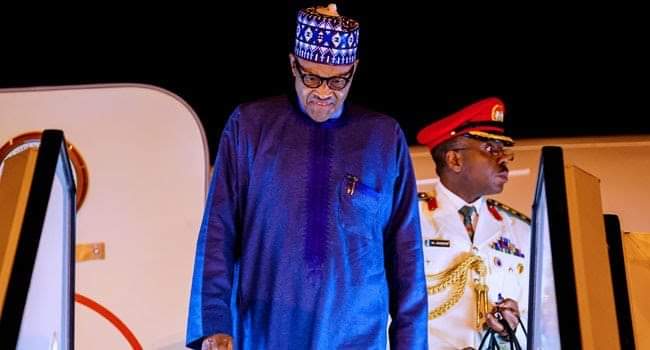 SAHARANEWS – President Muhammadu Buhari has arrived in Nigeria and is currently in Maiduguri, Borno State capital over the recent killing of 30 travellers by Boko Haram insurgents.

Presidential spokesman, Garba Shehu, announced the president’s arrival in the country on Wednesday via Twitter.

“12:45pm. President Buhari, aboard the BBJ from Addis Ababa just landed in Maiduguri.

“He is paying a sympathy visit to the government and people of Borno following the recent horrific incident in which BH terrorists killed several travellers,” he said.

ALSO READ:  I have a vision for united Nigeria and that is driving me crazy – Okorocha

President Buhari was in Addis Ababa, Ethiopia for the 33rd Ordinary Session of Presidents and Governments of the African Union.