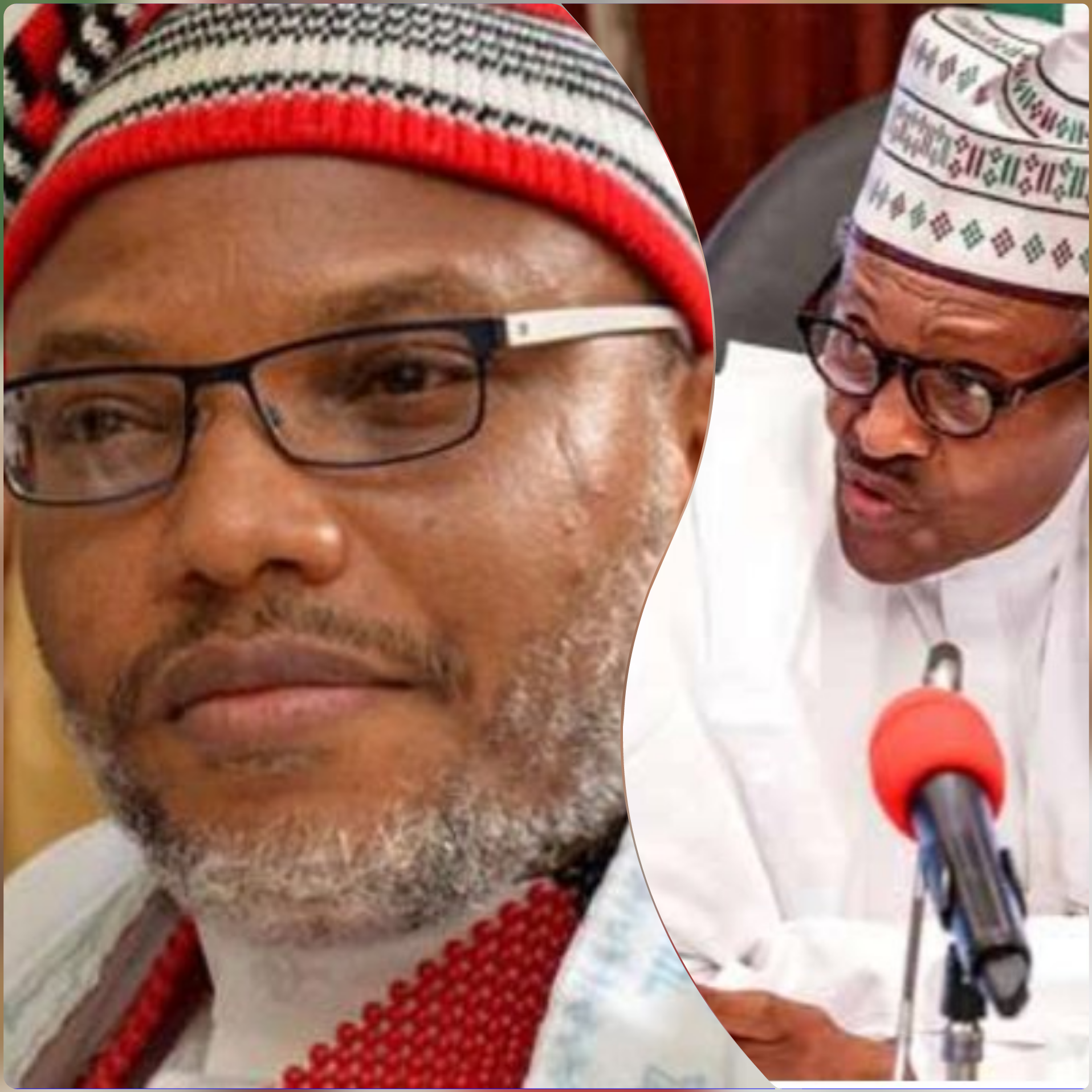 President General, Okechukwu Isiguzoro and Secretary, Okwu Nnabuike made the recommendation in a joint statement.

Mr Kanu has been on self-exile since 2017 when the Army invaded his Umuahia country home during operation python dance.

His parents who died last year are to be buried next weekend.

His father, Eze I. Ọ. Kanu was until his death the Traditional Ruler of his Afaraukwu community, Umuahia, Abia State.

There have been reports of millitary presence around the community since the announcement of the late Kanus’ burial.

But Ohanézè Youths expressed worry over reports of the continued presence of the Army in the area and called for their withdrawal.

The group said such presence of the military could further damage the image of the Buhari administration in the eyes of the international community.

They said: “Ohanaeze Ndigbo Youth Council Worldwide is worried about the military Presence at Kanu’s Village, Afaraukwu Umuahia, Abia State few days to the burial of HRM Eze I O Kanu and his wife.

“We appeal to President Muhammadu Buhari to consider the international damage it will cause to the reputation and image of Nigeria to the outside World, as int’l Community are watching keenly to see if there will be any form of Human Rights violations and Abuses by Nigeria’s Military before, during and after the burial rites of the Igbo Paramount Ruler and His wife by next weekend.

“OYC insists there’s no need for any provocative action promoting violence by Nigeria’s Military before, during and after the burial of HRM Eze Kanu, because Abia State is calm and secure.

“Buhari should pull out the Military and accord the last respect for the late King by granting permission and Presidential Pardon to Nnamdi Kanu to return and bury his parents according to Igbo tradition and culture”.

OYC also urged the President to attend or send a delegation to the burial of the IPOB Leader’s late parents.

“There’s nothing amiss if President Muhammadu Buhari in person or through a high power delegation attend and send condolence message to the people of Afaraukwu Umuahia on the demise of their paramount ruler, HRM Eze Kanu and his wife.

“Such Presidential gesture will portray him as a good Father of the Nation, irrespective of the self evident Ipob’s stance on self determination and fight against injustice meted out against Igbos since after Biafra War Civil 50 years ago.

The group said such gesture as a presidential pardon to Nnamdi Kanu, release of other Biafra agitators in detention and sending delegation to the burial will be applauded by both the International Community and Nigerians at home, and will attract more respect for President Muhammadu Buhari the same way as the presidential gesture granted to Late MKO Abiola.

OYC opined that such gesture will also go a long way in giving Ndigbo a sense of belonging and restore their confidence in the Buhari administration.

They also called on other Southeast governors to help in rebuilding the palace of the late Monarch.

“OYC salutes Governor Okezie Ikpeazu for the kind gesture granted to the Afaraukwu Umuahia Community through the appeal made by the President General and the Prime Minister of the Community for a solid road construction for the community in preparation for the late Paramount Ruler, HRM Eze Kanu and his wife’s burial”

“OYC urges other South East Governors to rebuild the palace destroyed during the operation python Dance.

The Apex Igbo Socio-cultural Youth group further urged members of IPOB and other pro-biafran groups to comport themselves during the burial to make it a hitch free and peaceful event.

“We urge Biafra agitators to slow down on any action that might attract negative story during the burial, there should be no display of biafra flags and uniforms, protests and other things that might give security agents the impetus to wade in and wreak hovac during the burial”

“OYC consoles Ndigbo and Kanu Family on the demise of the Paramount Ruler HRM Eze Kanu and his wife. May God grant them the fortitude to bear this irreplaceable loss” the group concluded.

JUST IN: Tinubu Denies Describing Buhari As A Religious Bigot