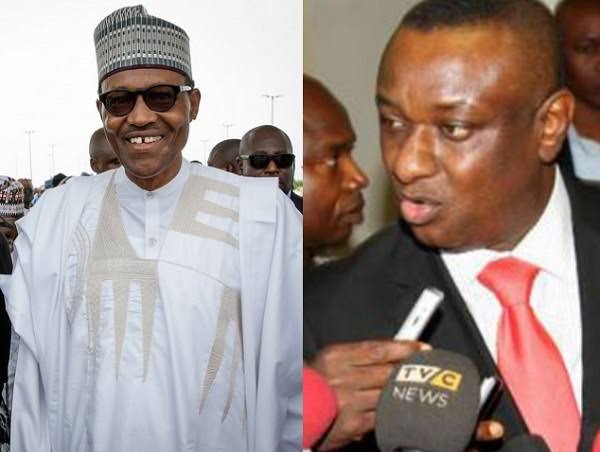 SAHARANEWS – President Muhammadu Buhari campaign organisation spokesperson, Festus Keyamo has reacted to some of the blunders Buhari made during APC campaign rally across Nigeria.

Keyamo admitted that Buhari exhibited loss of memory but such was normal.

In a tweet, the Senior Advocate of Nigeria claimed that both Jesus Christ and Prophet Mohammed lost their memories at some point in their lives.

According to Keyamo: “This is classic FAKE NEWS (no single link to a CREDIBLE source)

“President Buhari’s Loss of Memory is Normal, Even Jesus Christ and Prophet Mohammed Lost Their Memories At Some Point”.

Buhari had severally made some mistakes during on the campaign trail in Warri, Delta State, where he referred to the All Progressives Congress, APC, governorship candidate as “presidential, senatorial, governortorial” candidate.

In Cross River, Buhari attempted to handover APC’s flag to a candidate other than the governorship candidate in the state.

He had presented Ndoma Egba as the governorship candidate instead of Owan Enoh.