Barcelona are making me suffer – Eto’o

(VIDEO) When Buhari’s FG Abandoned Them Die In Foreign Land… 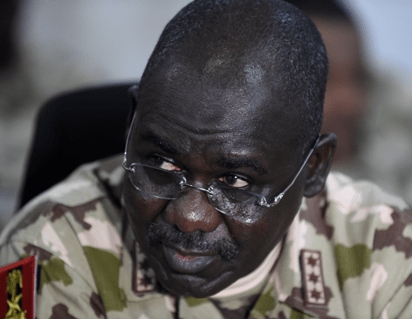 SAHARANEWS – The Chief of Army Staff, Lt-Gen Tukur Buratai, yesterday, made a request for N472.8 billion for its 2019 operations.

He made the disclosure to Rimamande Shawhulu (PDP, Taraba) led Committee on Army while defending the army’s 2019 budget.

He said: “The clamour for an air wing for the army had begun before now and it has not led to any form of conflict between the two security agencies.

“We support ourselves with both tactical and logistical support and having an air wing like the Navy, Immigration and the police will further complement our operations.

“To adequately fight insecurity, we must spend money on all fronts as we are already recording tremendous progress in this regard.”

On the incessant abduction of Nigerians on Kaduna express road and Nasarawa states, COAS said: “We need intelligence from the indigenes to enable us to get the perpetrators because they live among the indigenes. If they cooperate with us before you know the issue will be a thing of the past.”

The Army Chief further told the House Committee that the percentage performance of the Army personnel emoluments was 100 per cent as well as other components of the 2018 budget.

He, however, lamented that funding has always been a major challenge of the Nigerian Army since its exit from the political scene in 1999 and called for appropriate funding of the Army and other security forces in order to tackle insecurity in Nigeria.

He also regretted that amongst all the nation’s security forces, only the Army does not have an Air wing as other security agencies in the country noting that it is affecting the operational effectiveness of the military force.

JUST IN: Presidency Mourns Over The Death Of Buhari