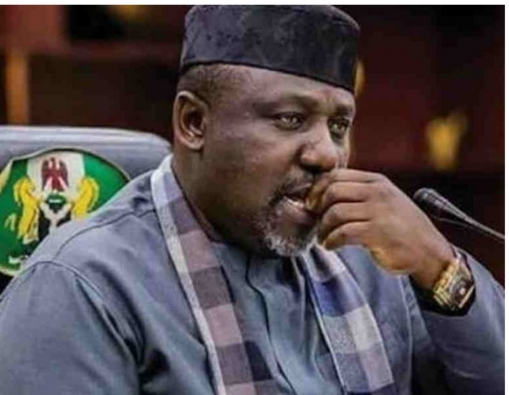 SAHARANEWS – Justice Taiwo O. Taiwo, the presiding judge in the suit filed by the Imo state governor, Governor Rochas Okorocha seeking to be issued with certificate of return which was withheld by the Independent National Electoral Commission (INEC) as senator-elect has withdrawn from the suit.

According to reports gathered by SaharaNews , on Monday April, 8, Justice Taiwo of the Federal High Court, Abuja on Monday withdrew and handover the case to the Chief Judge of the court, Justice Abdul Kafarati.

The decision followed the applications and a letter to the Chief Judge of the court dated April 8, 2019, by both the Peoples Democratic Party (PDP) candidate in the Imo West Senatorial zone, Jones Onyeriri and the All Progressives Grand Alliance (APGA) candidate, Osita Izunaso asking the judge to disqualify himself from the matter.

The parties had in their letters after the hearing on Friday April 5, asked the court to disqualify himself from the case having “clearly prejudged the substantive issues that will be resolved in this matter and clearly showed he has taken sides with the plaintiff (Okorocha).”

Izunaso, through his counsel, Orji Nwafor-Orizu argued that there is likelihood of bias on the part of Justice Taiwo if he continued to hear the case.

The judge had on Friday admitted four candidates and political parties in the election who were challenging the suit by Okorocha. They are: Nwachukwu Goodluck Clement of KOWA Party; Uche Onyeoma Ibe of Labour Party; Precious Nwadike of the United Progressive Party (UPP) and the All Progressives Grand Alliance (APGA).

The parties had filed objections to INEC issuing certificate of return to Okorocha and rather contended that since return was yet to be made before he allegedly held the Returning Officer under duress, the matter can only be handled at the Elections Petitions Tribunal.

JUST IN: APC, Disturbed As Atiku Begins To Release Proofs He Won The Presidential Election