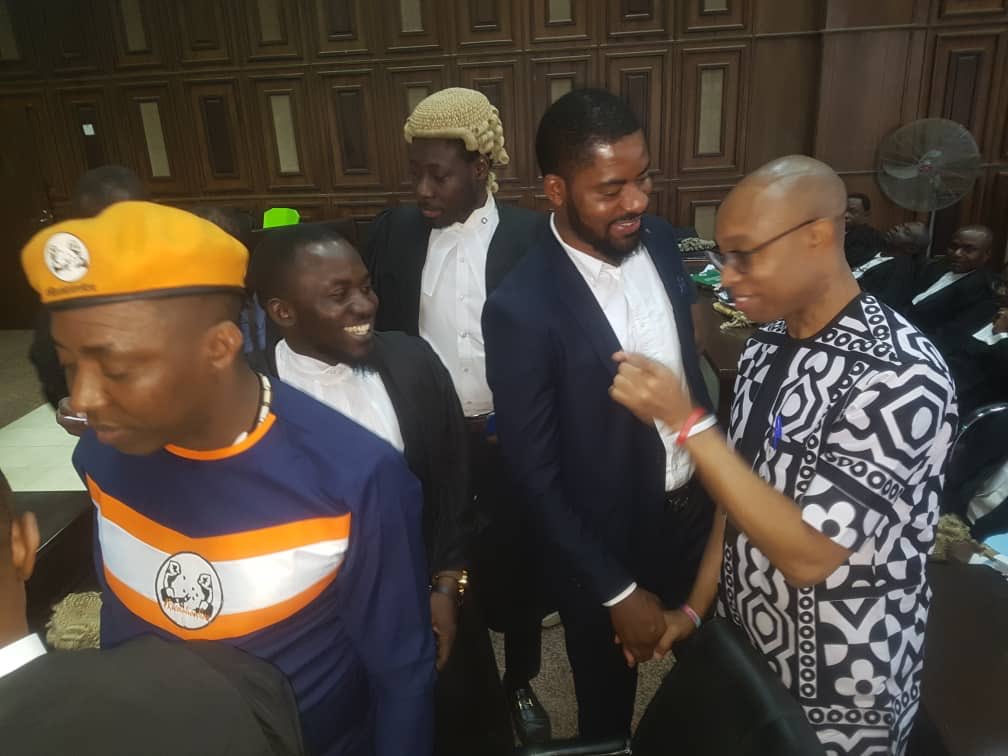 SAHARANEWS – The Federal High Court in Abuja on Wednesday fined the Federal Government the sum of N200,000 for causing adjournment of the trial of convener of #RevolutionNow Movement, Omoyele Sowore.

Justice Ijeoma Ojukwu described the prosecution’s request for adjournment as frivolous and postponed the trial till Thursday.

The judge warned that the proceedings would not continue if the prosecution fails to present evidence of the payment of the N200,000 to the defence or come to court with the cash on Thursday.

Justice Ojukwu said she was displeased with the late filing of amended charges and its service on the defence in court, saying the prosecution should have followed its order to serve the documents over seven weeks ago.

A prosecutor from the office of the Attorney-General of the Federation, Kayode Alilu, had explained to the court that the amendment of the charges followed the taking-over of the case from the Department of State Services (DSS) in December.

Sowore and his co-defendant, Olawale Bakare, are being charged with treasonable felony, fraud among others