BREAKING: Nurse Dies Of Coronavirus At Hospital Where She… 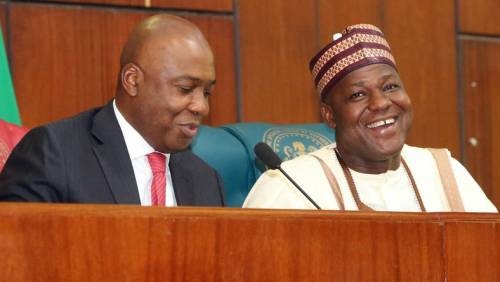 SAHARANEWS – The Federal High Court has struck out the suit filed by a civic group, Legal Defence and Assistance Project (LEDAP), to order lawmakers to vacate their seats in the National Assembly and return all salaries and allowances earned since their defection.

In July 2018, 37 members of the House of Representatives defected from the All Progressives Congress (APC). About 32 of them joined the Peoples Democratic Party (PDP), four joined the African Democratic Congress (ADC) while one did not announce his new party at the time.

On the same day, 14 APC senators defected to the PDP.

Meanwhile, being part of the defendants, Mr. Saraki and Speaker of the House of Representatives, Yakubu Dogara, in their response asked the court to dismiss the suit filed by the group on grounds that it is an abuse of court process.

The duo added that the suit lacked merit.

The defendants had submitted that the plaintiff has no ‘locus standi’ to institute the case.

Delivering judgment on Friday, the judge, Okon Abang, held that “the plaintiff’s case has merit but lacks locus standi to institute the case.”

“The plaintiff that instituted this case is not a political party that sponsored the election of the lawmakers.

“Also the plaintiff is not Independent National Electoral Commission (INEC) that regulates the activities of political parties and monitor elections.

“The plaintiff is not a registered voter in Nigeria.

“They are not members of the National Assembly.”

“None of the political party that sponsored the lawmakers is a party in this case.”

“They, therefore, lack the capacity, legal power to institute the case.

“The plaintiff’s case is incompetent and thereby struck out,” Mr. Abang ruled.