BREAKING: Despite The Postponement Of The General Election, A Governor’s Special Assistant Shot Dead (Graphics Photo) 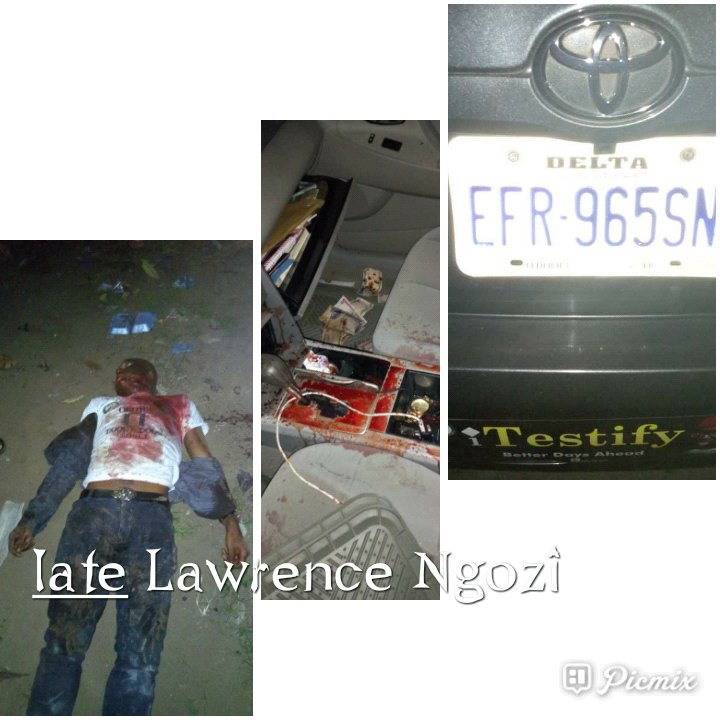 The deceased was said to have been ambushed by arms wielding youths while returning from an outing with a lady suspected to be his girlfriend.

SaharaNews learnt that youths are already mobilizing to attack perceived enemies of the deceased and burn down their properties.

Findings by our source further revealed that prior to his appointment by Okowa in 2016, Ngozi was standing trial for sundry crimes, including murder, but was controversially released from prison before being appointed SA on Community and Youth Affairs to the governor.