CALL OFF ELECTION BOYCOTT: We Can’t Sign Any Document With…

Restructuring is not the solution to Nigeria’s… 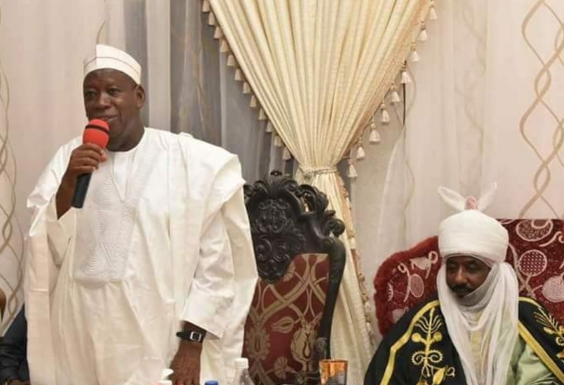 He noted that the traditional ruler was answerable to his Local Government Chairman, as enshrined in the Constitution.

He also denied the claims the creation of additional emirates in the state was done to settle personal scores with anyone.

The governor said this in an interview with reporters in Abuja, the nation’s capital.

ALSO READ:  SOUTH-EAST LEADERS: "If You've Done Nothing Wrong, You Don't Need To Be Afraid Of Traveling Abroad" - IPOB’s Attorney, Says Nnamdi Kanu Doesn't Have Personal Issues With Any Leader

Contrary to the allegations, he explained that the additional emirates were created to make the traditional institution in the state more effective.

Governor Ganduje went further to declare his respect for the Emir of Kano, Muhammadu Sanusi II.

The governor also faulted that claims that the creation of additional emirates has rubbished hundreds of years of tradition in the state.