Arewa Group declares war on IPOB for asking Northerners to… 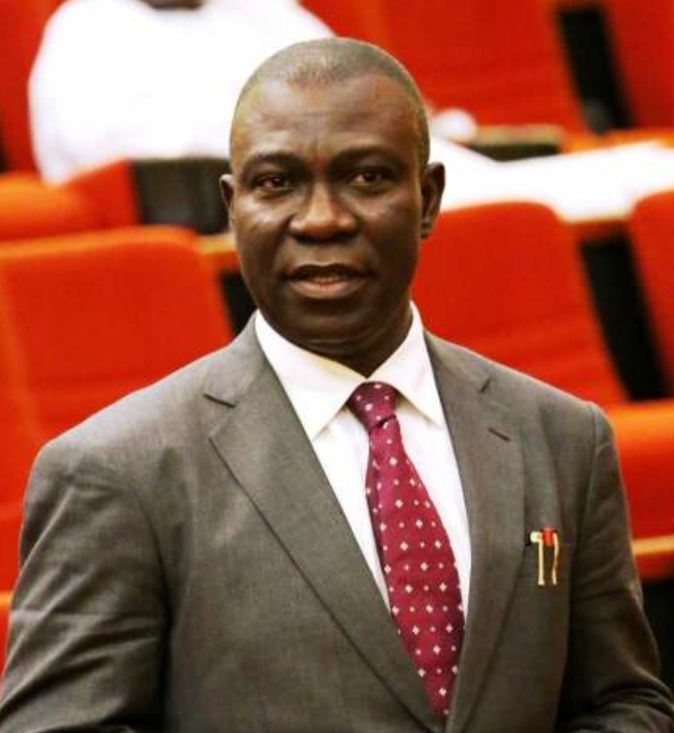 SAHARANEWS – Deputy President of the Senate, Prof Ike Ekweremadu has revealed that the security siege in his house and that of the President of the Senate, Dr. Bukola Saraki was to prevent them from going to the National Assembly for plenary so that both of them could be impeached, a development that was meant to prevent the All Progressives Congress, APC, senators from defecting to the Peoples Democratic Party, PDP.

Ekweremadu however said that he has refused to bulge to the tactics of intimidations on him and has sworn to be on the side of peace, restoration of true democracy and freedom of association.

He also said that come 2019 general election, the Gestapo style of administration being run currently would be removed through a popular vote for rule of law to be restored in Nigeria.

Ekweremadu spoke in Enugu, yesterday, when members of his Enugu West senatorial constituency, triumphantly received him back to the coal city in a solidarity rally.

Speaking on the occasion, Ekweremadu said “Those of us who ask that the correct thing be done are being hounded by the government. That is the tragedy of the whole situation. The government must be open to advice and suggestions and be able to dialogue. The instrument of democracy is dialogue and not force, that is where we are having problem in this country.

“Those advising the government must realize that this is a free society and that Nigerians are entitled to their freedom, entitled to rights and principles of democracy. There is no way you harass an institution of government and that will make for peace to thrive. If you are showing that any part of Nigeria is completely cut off from government, you will have problem. These are little things that can be fixed. All we need is to sit down and fix Nigeria because it’s a beautiful country with a lot of potential.

“So we hope that next year when the election comes, we will be able to restore the pride of Nigeria, restore our unity, peace and be able to match forward as a united nation.

“I am not worried about the situation, I was not intimated, I am psychologically ready to go through this trauma. I know it’s not over but I am ready for it, I refuse to be intimated, I am prepared for it. I am going to do the work which my people sent me to do but all I am asking is that there is no need overheating the system just because you want to bring down a system, an institution and certain people in government.

“There are more challenges in the North east and north central, in the south east, south west. People are killed every day and lives of Nigerians don’t worth more than life of a chicken any more. People die in their hundreds and we close our eyes. This is not the society we are looking up to; I don’t want to be part of the society where these are happening. I want to be part of a generation where peace reigns.

“What they wanted to do was to remove us and prevent the defection but everything failed.”

He stated that what happened on Tuesday was a major assault on democracy and the second time it happened around the national assembly, especially around the senate.

Ekweremadu recalled “Earlier in the year, you were aware of the removal of the mace by the hoodlums, this is the second time this sort of assault on democracy is happening and so we believe there is need to wake up and we say that enough is enough.

“On Tuesday, my house was besieged by over 200 security personnel in attempt to deliver a letter from EFCC and we felt that was too many for that kind of exercise. So to me there was more than a sinister motive just to deliver a letter. And so I couldn’t go to do the work my constituency sent me to do which is to represent them. I wasn’t the only person affected; they too were affected because the representation I was supposed to be doing for them was halted that day.

ALSO READ:  Obaseki: I Will Not Accept Any Opposition In Edo PDP

“And so they needed to demonstrate that they were not happy about that. What took place today (yesterday) in Enugu was a perfect show of maturity, the solidarity march we saw this afternoon was indeed an example of how Nigerians should be able to protest and pass their message without any king of violence. We’ve have had enough violence and death in Nigeria and we don’t want to them any more. Our attitude is that we need to peacefully have a change of this government so that Nigerians will have the full benefits of democracy and the tenets of democracy will be all over the country.

“We want to see a country that is peaceful and united where there is rule of law, where there will be no dividing line between the north and the south, between the Ijaws and the Igbos and between the Biron and the Fulanis. We want a country we can live peacefully, we don’t want a situation where people find it extremely difficult to go from Abuja to Kaduna, and it’s not acceptable.”

BREAKING: Win Win, Jubilation For Okorocha And His Son-In-Law As Court Passes Judgments In Their Favour