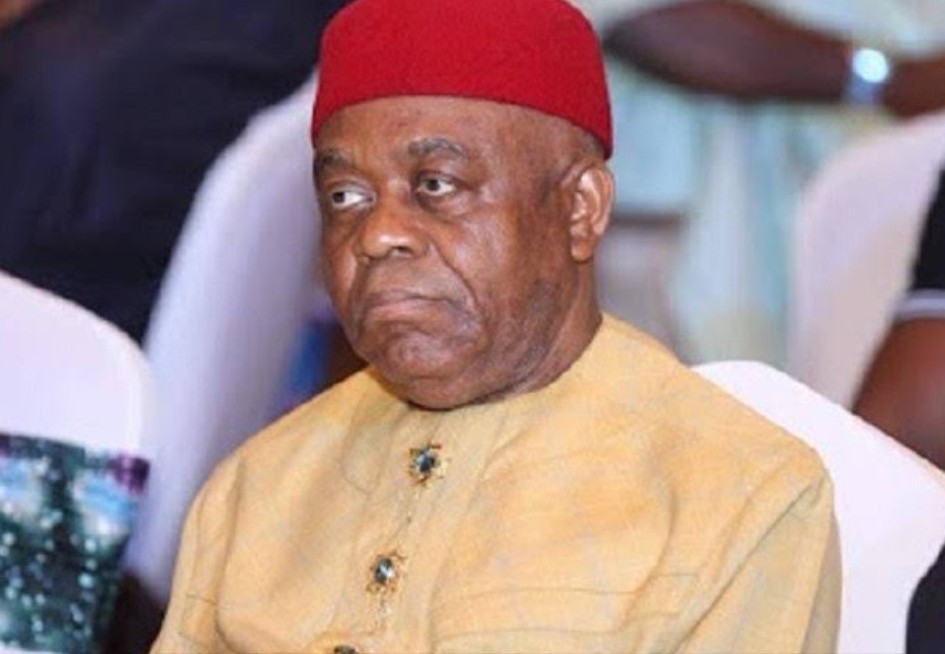 SAHARANEWS – Former Governor of Abia State, Senator Theodore Orji, is currently being interrogated by the Economic and Financial Crimes Commission,

It was learnt that Orji, who was governor from 2007 to 2015, arrived at the EFCC office in Abuja, along with his lawyer, in a cream long-sleeve Niger Delta outfit popularly referred to as ‘senator.’

Orji, who represents Abia-Central senatorial district at the National Assembly, was invited over allegations that he mismanaged about N27bn.

The invitation, it was learnt, was sequel to a series of petitions written against the former governor shortly after he left office in 2015.

The EFCC was said to have commenced investigation soon after, but was waiting for enough evidence before inviting him.

Among the allegations levelled against the former governor was that he diverted billions of naira disbursed to Abia State by the Central Bank of Nigeria for Small and Medium Enterprise.

The lawmaker was also alleged to have diverted money from the Ecological Fund account, which should have been used in tackling erosion and other disasters peculiar to the state.

The ex-governor allegedly diverted money from the Abia State Oil Producing Development Area Commission, an agency of government set up for the development of the oil producing areas in Abia State

Orji allegedly used the funds to buy properties in Abia, Port Harcourt and Abuja, some of which the EFCC is planning to seize.

It was learnt that officials from the Office of the Attorney-General of the Federation, the Central Bank of Nigeria, commercial banks and other agencies had been invited by the EFCC to make statements on the governor’s case.

As of the time of filing this report, he was still said to be at the Commission making statements.More in Home

When contacted on the telephone, the acting spokesman for the EFCC, Mr. Tony Orilade, did not respond to calls.

In a text message, however, he said, “Yes. It is true that we have the former Abia governor with us.

“But I cannot say more than that. When it is time to press charges, we shall do that and the story will be in the media.”

INCASE YOU MISS THIS: (VIDEO) Fight Broke Out In Court As DSS Disrupt Proceedings, Attempts To Re-arrest Sowore