BREAKING: Many Killed As Gunmen Hits Kaduna In A Fresh… 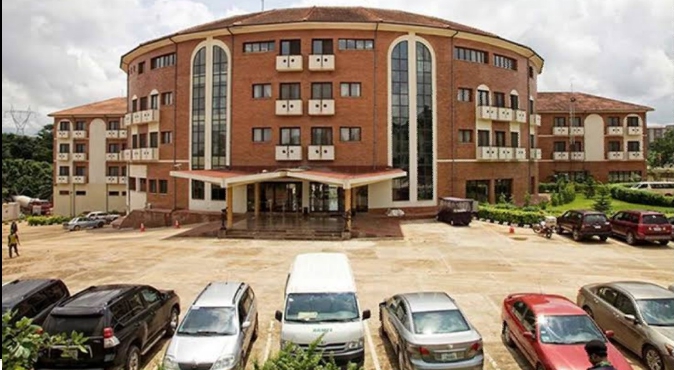 SAHARANEWS – Operatives of the Economic and Financial Crimes Commission (EFCC) have visited the Olusegun Obasanjo Presidential Library (OOPL) in Abeokuta, Ogun State, as part of the probe of ex-Vice-President Atiku Abubakar’s son-in-law and the 150 million euros cash-for-poll bribe scandal.

It was learnt that the investigators went to the Library on August 8 to authenticate the claims by one of those under probe that he gave $140,000 (about N50 million) to a library official.

Sources said the EFCC officials, accompanied by policemen, combed some offices at the expansive ex-President’s Library.

It could not be confirmed whether any document was taken away by the operatives, but nobody was arrested.

A source said: “Our operatives went to the library with some riot policemen in anticipation of a possible resistance. But there was none.

“We did our job lawfully without any inhibition. We are still investigating the case. We are screening some documents in our possession on the matter.”

The Olusegun Obasanjo Presidential Library was opened on March 4, 2017. It is a historic, tourist and academic centre established as a national archive for the preservation of documents and materials used by the President during his tenure between 1999 and 2007.

Atiku’s son-in-law Abdullahi Babalele is being investigated alongside others for allegedly laundering 150 million euros. The money is believed to have been spent to influence the 2019 election in which Atiku was the Peoples Democratic Party (PDP) candidate.

Bashir has reportedly admitted that he delivered the cash to the Presidential Library.

A document obtained by our correspondent on the preliminary investigation reads: “That between 05/02/2018 and 27/11/2018 €41,900,000 (forty one million, nine hundred thousand euro) which sums are reasonably suspected to be proceeds of unlawful activities, was received by a firm linked to Babalele.

“That on February 20, 2019 Babalele called Bashir Mohammed his childhood friend and informed him that he will transfer N50million to him which should be converted to United States dollars.

“That on the instruction of Babalele, Bashir took the money to Olusegun Obasanjo Presidential Library, and delivered it to an official in cash.

“That the cash delivered is in excess of the amount authorized by the Money Laundering Prohibition Act, 2011 as amended.

It was learnt that Bashir was taken by detectives to the Presidential Library.

Those interrogated including Babalele, Osagie and Mohammed, are on administrative bail pending the filing of a case against them.”

The EFCC gave details of how it foiled the alleged cash-for-poll laundering.

A report said: “On receipt of this intelligence, the team arrested two BDC operators, namely: Abdullahi Shehu who works with Abdullahi Munaciki of Hasbunallahu BDC, Abuja and Lawal A. Abdullahi of three Brother BDC. The team also recovered the said $1.6million but $141,000.00 had been exchanged to Naira at N358/ per dollar which amounted to N50, 500,000.00 while the balance of $1,459.000.00 USD could not easily be exchanged due to the naira scarcity in the market.

”Investigation carried out on the accounts of Guernsey Trust Company Nig Ltd revealed that various transfers in millions of dollars and cash payments were made to various individuals and companies.”

Attempts by The Nation to speak to the ex-President failed last night.

Repeated calls to Chief Obasanjo’s spokesman Kehinde Akinyemi’s number did not go through.

Also SMS sent to Akinyemi’s phone number were not responded to.