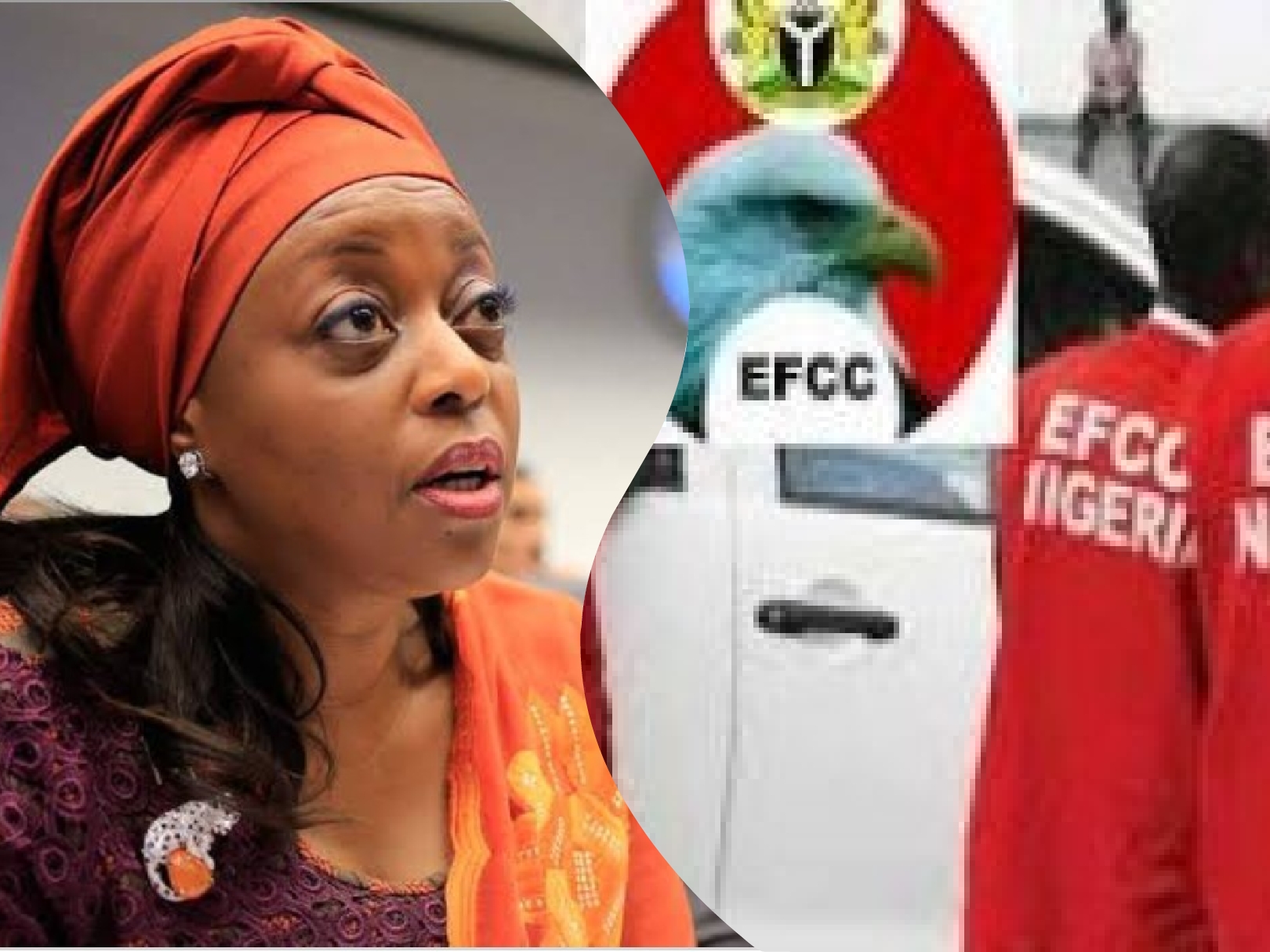 SAHARANEWS – The Economic and Financial Crimes Commission (EFCC) has withdrawn a 14 count charge filed against a former Minister of Petroleum, Deizani Madueke, along with Ben Otti, Nnamdi Okonkwo, Stanley Lawson, Lanre Adesanya, and Dauda Lawal, all of them former officials of commercial banks and the Nigerian National Petroleum Corporation (NNPC).

At the resumed hearing of the matter before Justice Muslim Hassan of a Federal High Court Lagos on 5th November 2019, EFCC through its lawyer Rotimi Oyedepo dropped the corruption charges against most of the accused persons through an amended four-count charge.

Madueke and Ben Otti have both been at large since the beginning of the matter which was first filed in Court on 28th November 2018.

However, in a twist at the resumed hearing of the matter on 5th November 2019 almost one year after the charges were filed, a source close to Dauda Lawal, who noted that the former Executive Director First Bank did not fail to appear in court in all adjourned dates of the matter were shocked that all other accused persons have been exonerated.

The EFCC had in the 14 count charges accused the bank executives and the NNPC officials of conspiring to conceal $153 million in Fidelity bank which they ought to have known were proceed of corruption punishable under the Money Laundering Act.

In 2015, the EFCC discovered $153m was deposited, being collection from oil companies allegedly to fund the presidential campaign of the Peoples Democratic Party’s candidate, President Goodluck Jonathan.

The matter was investigated by the EFCC and the bankers were alleged to have conspired with Madueke and other NNPC officials to conceal and distribute parts of the fund.

However, Lawal then Executive Director of First bank is being accused of assisting Madueke to purchase a property known as Merdien Hotel Ogeyi Palace in Port Harcourt when he received $25m from Fidelity Bank and deposited the same amount with Sterling Bank allegedly on the instruction of Stanley Lawson.

A source familiar with the First Bank transaction noted that it is curious how the banker who had no contact with Madueke and was only acting on the instruction of a customer can be charged for conspiracy, while those who were alleged to be directly linked to the funds have been exonerated.

When contacted yesterday for comments on the story, EFCC spokesman Wilson Uwujaren said he is not aware of the matter.