BREAKING: Ekweremadu Recounts His Ordeals In Germany, Says Their ‘Sins’ Are Forgiven 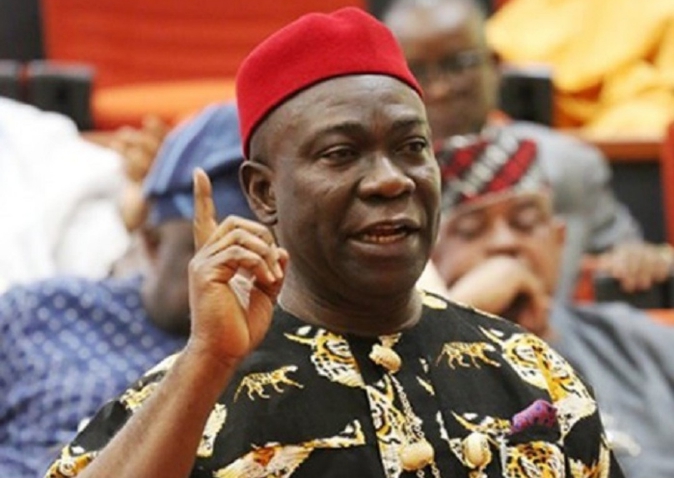 SAHARANEWS – The Immediate-past Deputy President of the Nigerian Senate, Ike Ekweremadu, has said that he holds no grudge against his attackers in Germany on Saturday because he had forgiven them for their ‘sins’.

The lawmaker, who returned to Nigeria on Monday, was assaulted by alleged members of the Indigenous People of Biafra in Nuremburg, Germany at an event to mark the 2019 New Yam Festival.

Ekweremadu, who spoke with journalists at the Nnamdi Azikiwe International Airport, described his attackers as being under the influence of hard drugs and alcohol.

He said, “I had a feeling that they (his attackers) were under the influence of alcohol and drugs. They did not represent the feelings of our people. I have forgiven them and have moved on.

“The government of Germany is free to do whatever they want to do about their case.

“The organisers of the event in Germany asked me to come to the venue because the place was already full of guests including the Mayor of the town and the Nigerian Ambassador to Germany and I had to rush there.

ALSO READ:  Nigeria Is On The Path Of Irreversible Disintegration — Andrew Crowe

“When I got there, the Ambassador was not there yet but a lot of people had already assembled.

“I was excited and I alighted from my car to go and say hello to those standing in front of the hall.

“A group of young people with IPOB emblem and shirts were also standing there. One of them then accosted me and said that we didn’t do much when the Federal Government declared Operation Python Dance in the South-East.

“They asked me to address them on the issue right there but I told them that it was part of the issues I would address when I wanted to speak during the programme but they said no.

“They became agitated and started attacking me immediately.”

BREAKING: Buhari Can Not Lift A Fraction Of Nigeria Out Of Poverty – LCCI Fired Aso-Rock