BREAKING: Soldiers nowhere to be found as kidnappers abduct…

Two most advanced nations in the world proposing a durderous… 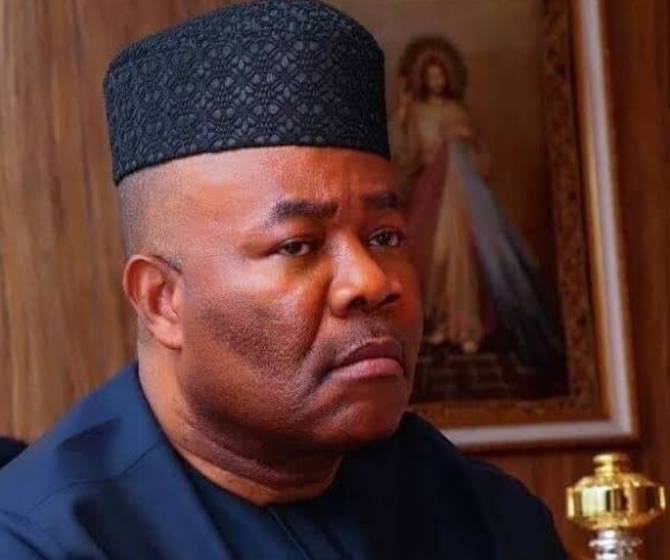 Fresh plans by former Senate Minority Leader, Godswill Akpabio to compromise some officials of the Independent National Electoral Commission (INEC) into replacing used ballot papers in the commission’s custody with fake ones while also voiding some of the ballot papers, have been uncovered.

Sources in the APC in Akwa Ibom state revealed that after substantial number of the used ballot papers must have been voided and others taken away from INEC custody, the party will seek an order of the tribunal for a recount of the ballot papers.

Apart from paying INEC staffs to tamper with used ballot papers, Forms EC8A, EC8B and EC8C are to be altered to give impression that entries on original copies of result sheets were different for the duplicate copies.

“They (APC) have concluded plans to infiltrate both the INEC Headquarters in Uyo and in the local government areas with fake materials during the inspection of the electoral materials.

“APC people are already boasting of getting the election results voided and their confidence is as a result of nothing other than the assurance that election materials in INEC custody will be tampered with.

“Senator Akpabio and the APC have been boasting that they have accomplices within the INEC offices that will help them replace the authentic election materials with fake ones.

“Loads of fake materials are already being transported from Essien Udim to Uyo. The plan is to begin the removal of the authentic materials today and continue the process throughout this week,” the source said.

It should be recalled that in 2011, the APC (the Action Congress of Nigeria) in Ekiti State paid four INEC staff, Ajayi Gbenga, Ojo Oluwafemi, Oni Babajide and Olusola Oladapo, a sum of N180,000 to tamper with electoral materials used for the Ekiti East Constituency 2 House of Assembly election.

The four INEC staff were arrested in Ekiti State and subsequently arraigned in an Ado Ekiti Magistrate Court on eight count charge of alleged tampering with electoral materials used for the House of Assembly election in April, 2011.

A top APC leader, who spoke with our reporter under the condition of anonymity said; “Only an enemy of Akwa Ibom will be part of any plot to upturn the mandates freely given by the people.

” It is better for us to go back to the drawing board and begin to plan towards 2023 instead of engaging acts capable of throwing spanners into the wheel of peace being enjoyed in the state.

“Akpabio and those members of our party, APC that are spearheading this evil plot against Akwa Ibom state must be told that the good people of the State had made their choices and those choices must be respected.

” I’m therefore washing my hands off this evil plot and I am calling on security agents to keep their eyes on INEC officials,” he said.

SARS KILLINGS: No More Use Of Gun During Operations – Police IG

REVEALED: Full Names Of The 23 Nigerians On Death Row In Saudi Arabia