We’ve not been paid November salary, we are hungry —…

BREAKING: End Of The Road For APC As Rally Turns Violence, Tinubu Angrily Throws Away APC Flag, Upset With Buhari and Oshiomhole – See A Must Watch Video 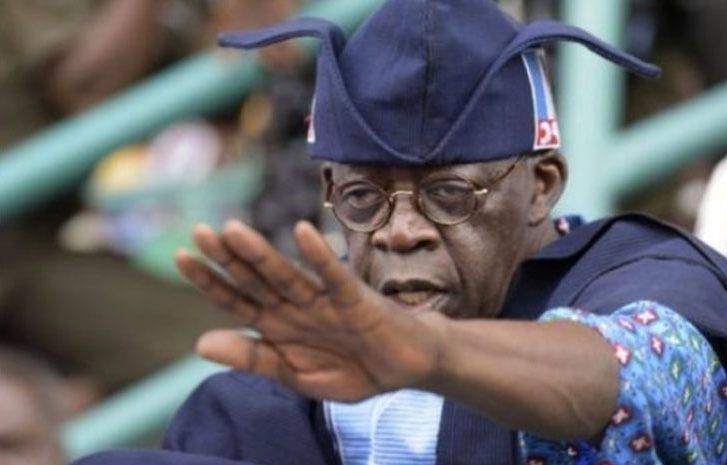 SAHARANEWS – Violence has broken out at the Ogun State All Progressives Congress rally, scheduled to be held on Monday at the MKO Abiola International Stadium, Abeokuta.

As the teeming crowd awaited the arrival of President Muhammadu Buhari, some people believed to be supporters of a political party in the state were seen chasing away supporters of the APC governorship candidate in the state, Dapo Abiodun, from their seats.

The suspected hoodlums went round the spectators’ side of the stadium, identified Abiodun’s supporters and injured them.

The victims scaled the fence to avoid being harmed by the attackers who threw dangerous objects such as stones and sticks at them.

Our correspondent observed that the attackers, who were armed with weapons such as clubs and charms, pounced on anyone wearing yellow attire, the colour known with Abiodun and his supporters.

It was further observed that many of the victims sustained injuries while trying to escape from the attackers.

Some of the people hurriedly removed the clothes and caps bearing Dapo Abiodun’s insignia.

Due to the attack, all the seats earlier occupied by Abiodun’s supporters were vacated.