“If Nigeria Breaks Up Today, It Won’t Affect Us, We’re… 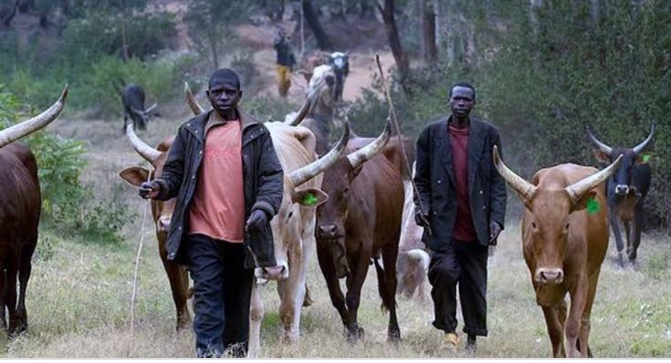 SAHARANEWS – Less than 24 hours to the August 5, commencement of joint air surveillance of forests in Enugu State, gunmen suspected to be Fulani, have abducted a traditional ruler and his wife in Enugu State.

This came about 72 hours after Reverend Father Paul Offu of the St. James the Greater Catholic Parish, Ugbwaka was murdered by persons suspected to be herdsmen along Agbudu-Ihe road, in Awgu Local Government Area of the state.

Igwe Sunday Orji of Obom-Agbogugu, Awgu Local Government Area and his wife, according to a witness, were kidnapped on Sunday evening, just after the Agbogugu-Ihe junction, along the Enugu-Portharcourt Expressway, while they were returning from the reception of the thanksgiving service organised by the Bishop of Awgu Diocese for a successful priestly ordination of the diocese held on Saturday.

Our source said that they were convinced that the perpetrators were Fulani who shot sporadically into the air before whisking the traditional ruler and his wife away.

“We had received distress calls from the area of some road blocks and long queues of vehicles.

Indeed these are challenging times in my area. We need your prayers and we request for urgent government intervention to rescue the victims”, a prominent indigene of the area who would prefer to be anonymous told Daily Sun.

Police was yet to react to the incident as at the time of this report.

BREAKING: The Red Chamber Divided Over The Planned Reintroduction Of Rejected Water Bill

FLASHBACK: In 2011, General Buhari Called For A Revolution In Nigeria – See Details