BREAKING: Fani-Kayode Blasts Osinbajo, Asks What He’s Doing In The Office As VP 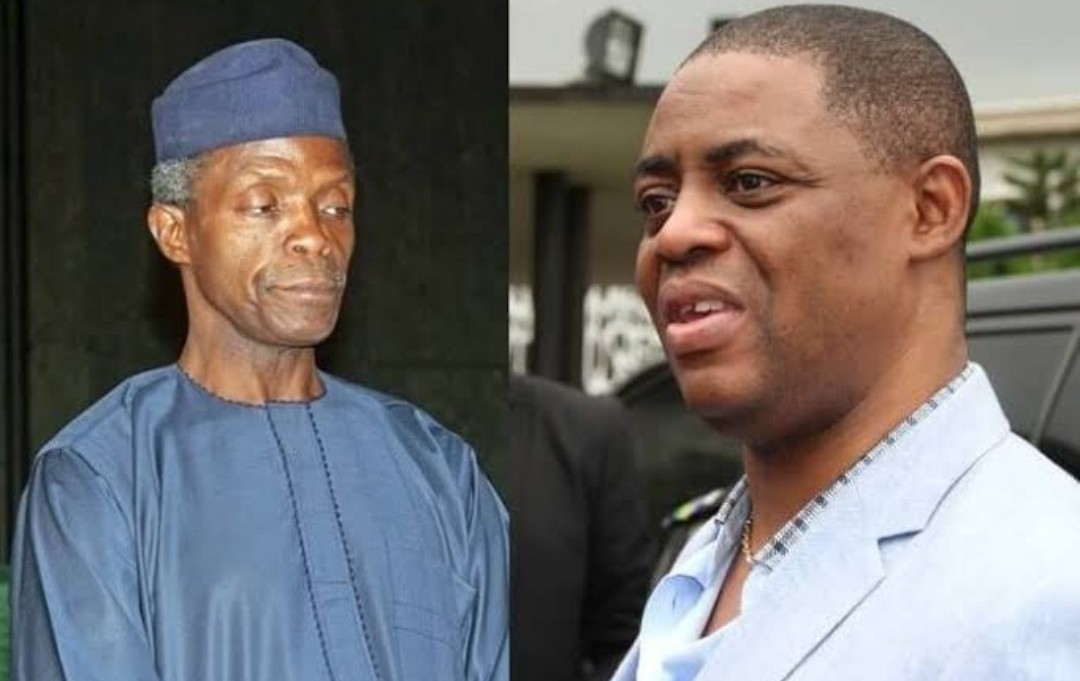 Recall that Chief of Staff to the President, Abba Kyari, on Monday took a bill to President Muhammadu Buhari, who is in London on a private visit, for signing. The bill amended the Deep Offshore (and Inland Basin Production Sharing Contract) Act

Femi Kayode reacted to the development on Twitter. He wrote:

How do you describe a VP that insists on remaining in office after his boss refuses to hand over power to him when he goes on leave and instead gets his Chief of Staff to fly over to London to sign legislative bills into law? If your boss can’t trust you why are you still there?

“Kidnapping Is Now A Big In Nigeria, It’s Impossible To Stop” – Governor Wike

BIAFRA: Gowon Should Speak Up On The Genocide Against Biafrans Now He’s Still Alive — Moghalu